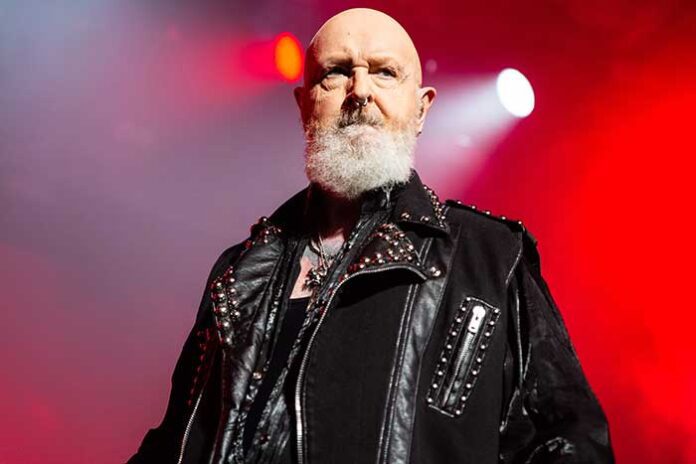 Opening the show was the heavy metal band Queensrÿche with a 12 song set list. They performed some of their classic songs like, “Warning,” “Queen of the Reich,” “Empire,” “Take Hold of the Flame,” and “Eyes of a Stranger.”

Judas Priest came on stage with a great set up, with the band’s logo above them and a building set up in the backdrop. They performed for almost two hours and played all their hits. The crowd was a great mix of old and new fans—fans that have been fans for 50 years, and fans that probably grew up with parents that listened to Judas Priest and have carried on that love for the band.

There was a great energy from the band and from the crowd, and they definitely fed off each other’s energy. Judas Priest performed 18 songs in total, including “One Shot at Glory,” “You’ve Got Another Thing Comin’,” “Hell Patrol,” “A Touch of Evil,” “Painkiller,” “Hell Bent for Leather,” “Breaking the Law,” and “Living After Midnight.”

During “Hell Bent for Leather,” frontman Rob Halford came on stage on a motorcycle, and it was a great touch to their set. Additionally, during the encore songs, Glenn Tipton came out to play guitar with the rest of the band. Overall, it was an incredible show and it’s always amazing to see bands continue performing and staying relevant for so many years and be able to have sold out crowds for 50 years.