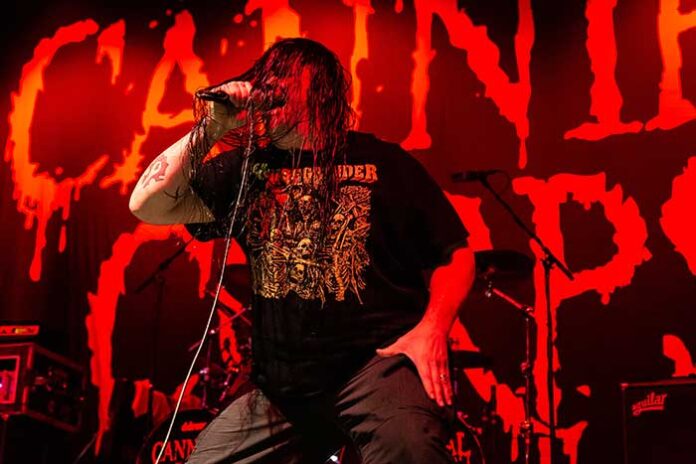 The show opened up with Shadow of Intent, and they played a great variation of songs like “Barren and Breathless Macrocosm,” “The Catacombs,” and “Blood in the Sands of Time.” The crowd was really excited during their set and went crazy in the pit their entire time.

Next up on the lineup was Revocation. They had a great energy throughout their set and played songs like “Madness Opus,” “The Outer Ones,” and “Communion.”

There was a lull in time waiting for the next act, and the crowd was so energetic even in-between the sets. After some time, Whitechapel finally hit the stage, and at this point of the night you can tell the crowd was really energized and went crazy during their set. They played songs from multiple albums like “Brimstone,” “Lost Boy,” “Our Endless War,” “Prostatic Fluid Asphyxiation,” and “This Is Exile.”