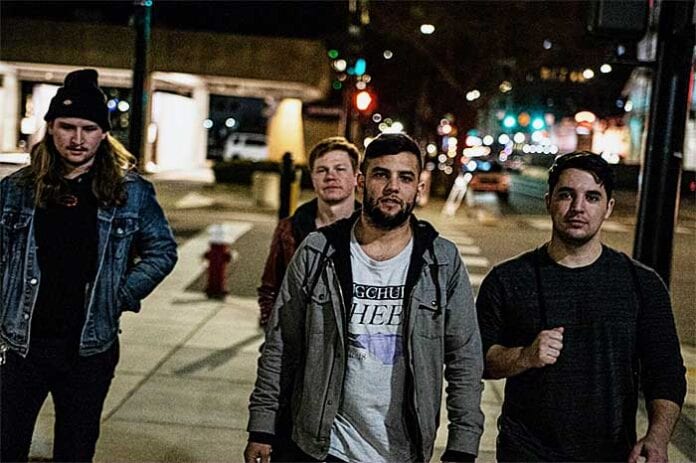 All proceeds from the new single will be donated to the NAACP Legal Defense Fund in support of the Black Lives Matter movement.

Young, Planetary started in 2013 and has faced various setbacks in their time together. Considering their gnarled history, a lesser group would have already thrown in the towel. Something about Young, Planetary kept bringing songwriter/frontman Trevor Villagrana back to the grind, though.

After all these years, the band is finally coming into their own on their upcoming release, Locations I Can’t Place. The new, six-track EP, tells nostalgic stories of finding and losing love, world-shattering life experiences, and the critical notion of individual progress. The new EP Locations I Can’t Place will be released on August 7 via Hidden Home Records.

“The video was shot by our good friend and photographer / honorary fifth member of the band, Kenyon McWilliams.

It felt so strange to be working on a music video but not being able to be in the same room as the rest of the band. Luckily, we were able to put something together that’s not only, “socially distant,” but also very visually appealing and exciting. Most of it was shot in our bass player’s backyard, but a good chunk of it was also done at Table Rock here in Boise.

When an old girlfriend of mine and I split up, we did what a lot of couples do and tried to meet up and talk things out. We would go to this restaurant that we used to eat at all the time when we were together and do our best to salvage the feelings we had for one another. After a few times of meeting up, we had stacked up these garage receipts from where we would park our cars. But no matter how much we talked, we could never make it work. We would end up walking back to our cars to “take our separate rides home,” so to speak. It’s tough admitting defeat in situations like that.” – Trevor Villagrana (Young, Planetary)