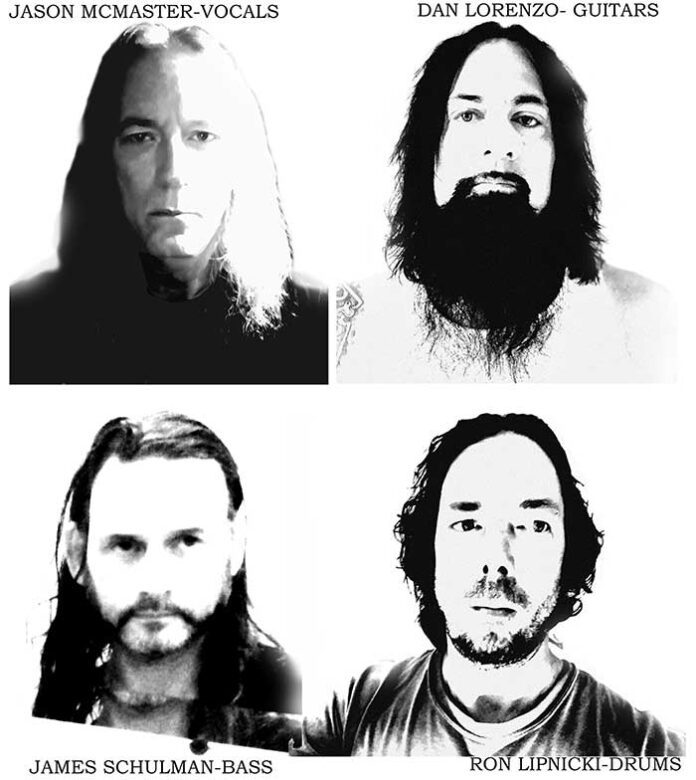 Cassius King’s new album Field Trip is out on Nomad Eel Records. It features Jason McMaster on vocals and my longtime buds Jimmy Schulman and Ron Lipnicki, who both also play with me in Vessel of Light. Field Trip is the 20th release of my life.

You can snicker, but fuck me, not sure if you can imagine the impact that KISS and Ace Frehley had on me in 1977 when I was 14-years-old. On New Year’s Eve going into 1978, my friends and I put on KISS Alive! in my basement and air guitared through the whole album. A few months later I started to play guitar. I was 15 and too embarrassed to take guitar lessons. I wish somebody would have told me KISS tuned to E flat!

I wanted to play like Ace Frehley, but I wanted to look like Joe Perry. I mean, I wasn’t going to wear makeup like KISS, and how much cooler could you look than Joe? Aerosmith Rocks was dirty. Jason McMaster, Ron, and I actually covered this song. It’s not on Field Trip though. Maybe we should release our version.

It’s 1985. Happy times are not here again. My band’s broken up. My dad’s dead and I’m 22-years-old living in an illegal basement apartment in Clifton. I’m unloading trucks at Macy’s for $4.75 an hour. I don’t always have money to eat, but I am jamming with Scott LePage who was a fan of my band Hades. I want to resurrect Hades with a new singer and bassist. I meet Torrid Records at WRTN. Torrid has just released Exodus Bonded By Blood, and it’s a game changer. Scott and I go to LaMour to see Exodus. Unfortunately, Paul Baloff is “sick.” The show must go on, though, and Tom Hunting attempts to sing the first song or two, but it doesn’t matter when 1,800 fans know the lyrics to every song!

Fast forward to the end of 2016. I’m about to fly to Austin, Texas for my job selling tattoo supplies at Painful Pleasures. Life is great. I’m happily married. I haven’t even thought about writing/recording music since Overkill’s Bobby Blitz and I released The Cursed Room Full of Sinners in 2007…and nobody cared. Anyway, my wife and I are straight as hell, but I Googled “Austin stoner rock.” I hear the song “The Opposition” by the band Ancient VVisdom. I categorize it as one of the greatest songs of all-time. Six months later the singer (Nathan Opposition) and I form Vessel of Light. I drive from to NJ to Cleveland a few times, and we land a deal with Italy’s Argonauta Records. We release two albums as a duo. Drummer Ron Lipnicki, who played on Hades’ last album DamNation leaves Overkill after a decade. Bassist Jimmy Schulman, along with Ron, join Nathan and I and Vessel of Light start to play shows.

Vessel of Light signs to California’s Nomad Eel Records and is set to release our fourth album in three years, Last Ride. I fly Nathan out to NJ again in March of 2019 for some East Coast shows. We play three shows, and the fucking world then shuts down.

So what do you do when the government outlaws fun of any type? Keep writing music. I’ve never written this much music my life. There’s no sense releasing another Vessel of Light album. Does the world want five records in four years when we can’t even play live? I have eight or nine songs, so I ask Jason McMaster (Dangerous Toys/Broken Teeth) to write some with me. Jason writes at a blistering speed. I’m secretly hoping he might need some help with melody lines. Nope. “Maybe some lyrics though,” Jason says. I ask Jimmy Schulman to send some lyrics, and just like that we have a finished album: Cassius King Field Trip.

Here’s a snippet of the song “Join the Exodus.” Now, I can’t join Exodus being as I’m not a guitar virtuoso, but as soon as I finished writing Cassius King Field Trip with Jason, I did start writing another album with Rob Dukes, former Exodus frontman. This song has nothing to do with the band Exodus