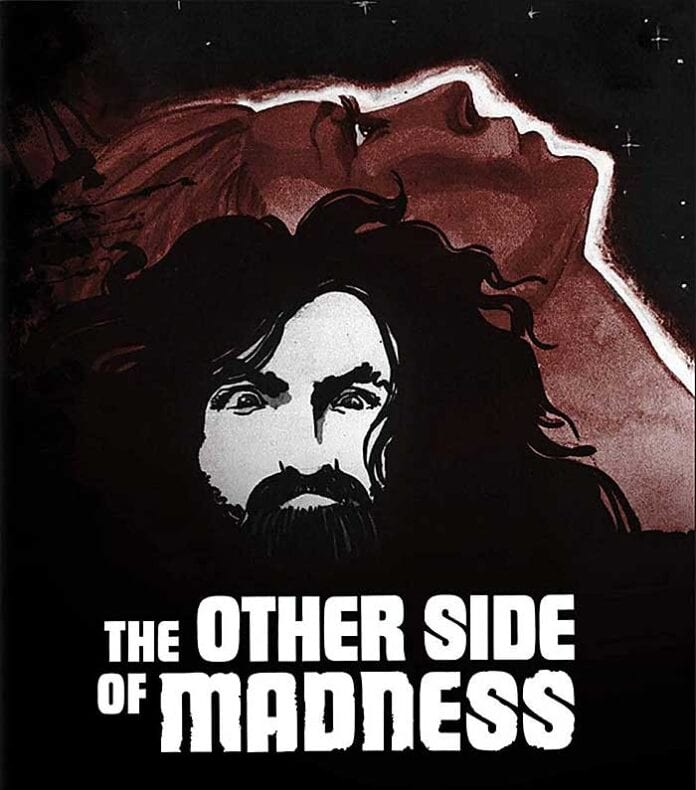 The 1969 Tate-LaBianca Murders is one of the most infamous true crime cases in American history, not only for the brutality of the details, but the cultural zeitgeist of the day. The rise of Charles Manson and his Family into the public eye was just one of the catalysts for effectively putting the kibosh on the Summer of Love, a commentary on the death of the hippie dream, as well as the public’s idea of what exactly was lurking in the shadows of Haight and Ashbury.

Manson’s mystique also stubbornly refuses to go away, even after his death. Quentin Tarantino’s Once Upon a Time in Hollywood told of an alternate history where Sharon Tate and her unborn baby don’t meet their grisly fate at the hands of Susan Atkins, Patricia Krenwinkel, and Charles “Tex” Watson as recently as 2019. This wasn’t the only example of Manson’s presence in commercial media, of course, as the case was famously depicted in Helter Skelter, a best-selling 1974 true crime book that spawned a hit television adaption two years later.

This film beat them all to the punch, however, being released a scant two years after the murders. The Other Side of Madness was so contemporary that the Manson trial was still ongoing at the time of its release, a fact that earned this impressive effort a reputation right from the get-go. “Impressive” because this film from director Frank Howard and producer Wade Williams isn’t just an exploitation cash grab—although that’s certainly a part of the film’s approach—but a rather striking and well made experiment in artistic photoplay and docudrama.

Howard and Williams never explicitly reference any real life persons other than the name “Charlie,” since the verdict had not yet come down in the trial. However, the film’s knowledge of its source material is clearly on display, because all of the information reported from the courtroom and subsequent newspaper articles is recreated with accuracy and attention to detail. The soundtrack is peppered with effective psych rock from Thomas Sean Bonniwell and The Music Machine, but the music of Manson himself (two songs, “Mechanical Man” and “Garbage Dump”) also makes a huge impact as a part of the film’s DNA. This was achieved from Williams actually meeting with Manson while he was in custody during the trial, and the effect is chilling, to say the least. The actor (credited only as “Killer”) who plays Charlie is barely a blip on the film’s radar when it comes to a memorable impact, with the actual structure being more episodic and experimental than a simple A to B whodunit.

Instead, the story is told primarily via faux courtroom footage, flashbacks, and sort of dream sequences that make up some of the Manson Family’s ideas. These include the race war fantasy of Helter Skelter, their hedonistic lifestyle living on Spahn Ranch, and Sharon Tate’s breakthrough into the Hollywood scene as a promising star and once in a lifetime beauty. The effect is more successful for those with knowledge about the case, as it assumes you know what you’re getting into with the details. Despite this, the film is artistically shot, with quick edits that lean into the overall psychedelic feel. Speaking of Spahn Ranch, a portion of The Other Side of Madness was actually filmed on the infamous Manson hideout and one-time western movie set, providing some amazing period footage before the Ranch tragically burned down in 1970.

The second half of the film deals directly with the Tate/Polanski residence, and it’s here where The Other Side of Madness becomes even more unnerving. Whereas the first half was a bit more concerned in setting up supposed motivations and backstory, the actual murder sequence is deliberately slow and drawn out. There’s not much in the way of musical score, either, leaving only silence to echo the terrible events that take place and the futile dialogue from pretty Debbie Duff, who plays the Sharon Tate character.

It’s honestly hard to watch, but just as effective as any of the film’s more expensive counterparts, thanks to the game nature of the performers. It’s not jokey, or even sleazy, but rather realistic and to the point. There’s no celebration, and it honestly feels tragic and sad. The black and white photography adds to the vibe and atmosphere, and it’s crazy to think that The Other Side of Madness was able to get a product out with this amount of speed and timeliness, while at the same time being successful enough to retain its audience over 50 years later.

This Blu-ray from The Film Detective looks great, and presents The Other Side of Madness in 4K from the original camera negative. The image looks sharp and detailed, with nice contrast, while the audio also sounds fine, especially the musical score. There are English and Spanish subtitles provided, with no errors to report. Extras include original trailers for both the original release as well as the re-titled version of the film, The Helter Skelter Murders, as well as an audio interview with Wade Williams, detailing history and production of the film.

This limited edition version of The Other Side of Madness is also packaged with a booklet, featuring liner notes from director Alexander Tuschinski, as well as a CD of both Charles Manson songs from the film. The CD is presented as a replication of the original 45 RPM record that was released as a promotional item back in 1971, and is included in special editions of both the Blu-ray and DVD releases. Editions of the film without the CD are also available from The Film Detective, who have done a great job from top to bottom restoring what seems to be (in its “Helter Skelter Murders” iteration, anyway) a public domain film, yet also an incredibly interesting time capsule from one of the darkest moments of Hollywood history. ~ George Pacheco