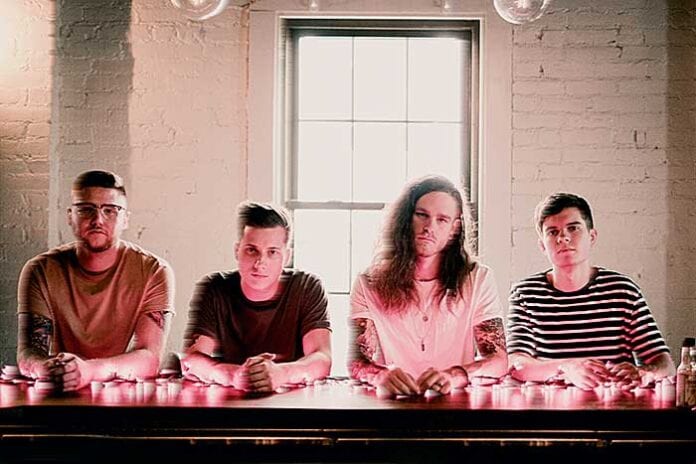 WATCH THE EXCLUSIVE VIDEO PREMIERE OF HALF HEARTED’S MINI MOVIE FOR THEIR DEBUT ALBUM ON OUTBURN.COM

“When we got all three of our music videos back for this album, our director, Sam Link, thought it would be a cool idea to combine them into a short film! That concept isn’t really something that we see a ton of bands pursuing, so we figured we’d give it a try. All the videos transition into one another and we’re so happy with how it came out. There are a few little details we changed here and there, and we even have credits, deleted scenes, and bloopers at the end! It’s pretty much the director’s cut of our debut album!”

Half Hearted is a rock band based out of Hartford, Connecticut. The band consists of Sean Dalke (vocals), Jason Grandell (guitar), Parker Fortune (drums) and Nicolas Viglione (bass). Their EP How To Be Alone was released in fall of 2018, in the middle of the band’s first full US/Canada tour. Half Hearted had their first sold out headline show in their home state in February of 2019, followed by the release of their latest single “Eighteen” shortly after, which has broken 100K streams. After spending the majority of 2019 writing and recording, the band’s debut album is completed and was released March 20th, 2020.