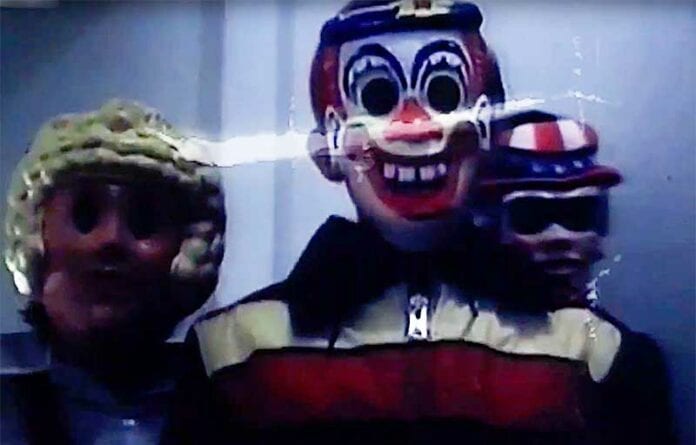 WATCH THE EXCLUSIVE VIDEO PREMIERE OF DETOXI’S “DEATH OF A NATION” ON OUTBURN.COM

From the darkest avenue in Ventura, California comes DETOXI. Musically they live somewhere between 80s SoCal deathrock and English post-punk, while creating a sound that’s all their own. Members Derek Jennings(vocals/guitar), Oscar Estrada(bass), and John Crerar(drums) have been friends for years, cutting their teeth touring in bands like Catholic Spit, The Fucking Wrath, and The Return. The guys had been playing together for a couple of years as MAäSK, but when a few members moved away, a new band was born. After recording DETOXI’s debut EP Death of a Nation, they added the synthesizing styles of Matt Barks (Ancestors), bringing their unique style to new levels. DETOXI’s first show was in May of 2018 opening for UK punk legends Subhumans. Since then, they have shared the stage with the likes of She Wants Revenge, T.S.O.L., and Rikk Agnew’s “Only Theater of Pain,” fitting well with both the old and the new, while also playing impressive hometown shows on their own. DETOXI just finished recording their new full-length First Flesh and can’t wait to unveil it to the world.

Fun facts: Drummer John Crerar is also in the band Dad Brains (punk/hardcore band of dads that put out kid/parenting themed songs/videos.) They used to be called MAäSK and Thomas from Strike Anywhere was the singer but he moved up to Oakland so the band’s guitarist took over vocals and they changed the name to Detoxi. They’re kind of a dark/death rock post punk band & they’re self releasing the record digitally in October with a label in Europe (Bat Cave) handling physical CDs and US label (Dune Altar) releasing it on cassette.