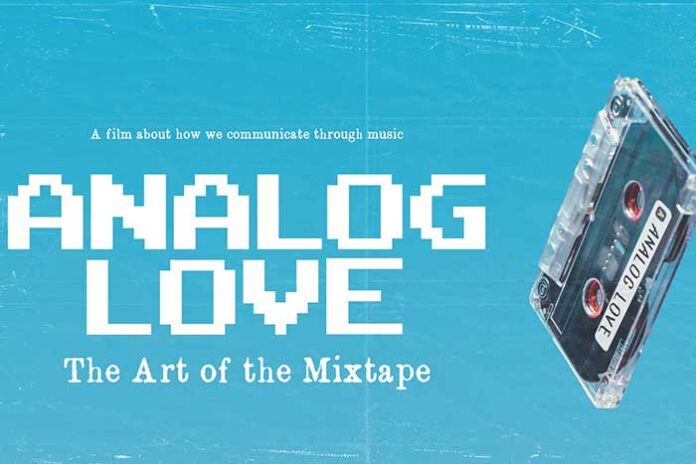 A LABOR OF LOVE: The phrase “love letter to…” tends to come up a lot when writers review documentaries about older subjects. It’s an easy way to convey how the filmmakers truly seem to be passionate about their subject matter, and how that passion translates into the finished product.

And while this certainly applies to Analog Love, from director Robert Galluzzo, this documentary is also a bit more than that—a humble but authentic piece of work with some heart. This film about the art and history of the mixtape isn’t some sort of jet-setting doc with a lot of settings, we’re firmly in talking head territory. Despite this, the crew behind Analog Love get some great material out of their interview subjects, including Henry Rollins, Kim Shattuck (The Muffs), and Jennifer Finch from L7, with everyone possessing a unique perspective on how making mixtapes affected their lives.

There is one connecting narrative to Analog Love, namely a young lady making her first mixtape with her dad, and how foreign the concept is to a generation of those who have grown up with streaming services and the internet. Surrounding this is a bit of history behind magnetic tape, and a whole lot of different stories about how mixtapes were paced, why they were made, and the minutia of picking one brand of blank cassette over another.

Analog Love is geeky in the best possible way, but it also has some surprises, and doesn’t always go in the directions you might imagine. There’s no agenda on the part of Galluzzo and Co., which is good. They allow the interview subjects to speak for themselves and never insert themselves into the conversation. There are times when the subjects contradict each other, such as debating CD mixes versus tape mixes or how dangerous nostalgia can sometimes be in the present day. Throughout it all, however, Analog Love presents what’s superficially a…well, superficial subject and makes it feel very relevant, and even poignant.

Seriously, without spoiling anything, there are times yours truly got a bit misty-eyed, especially during the end reveal. It’s just one moment of honesty in a film that wears its heart on its sleeve, which is even more impressive given Galluzzo’s career working behind the scenes on horror films. Analog Love is a great surprise, and a recommended watch for any music fan, regardless of age. ~ George Pacheco