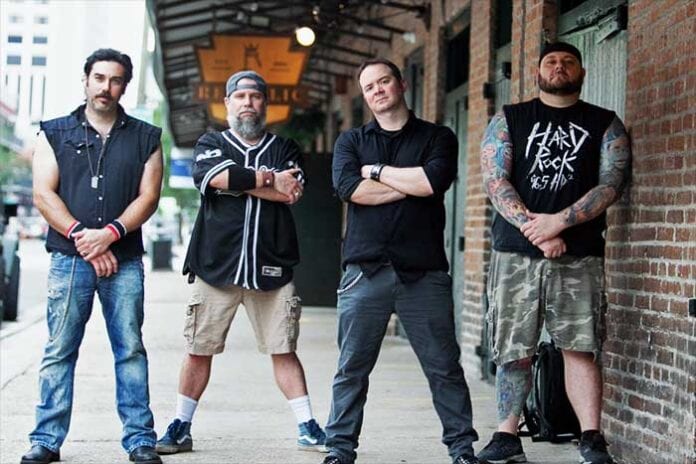 WATCH THE EXCLUSIVE PREMIERE OF THE NEW MUSIC VIDEO FOR “HEAVY WATERS” FROM LOWERLINE ONLY ON OUTBURN.COM

With a distinctly 00s feel, Lowerline brings a heavy expression of hard rock/post-grunge, balance resonating drums, potent, driving guitars, and the heart-on-sleeve lead vocal of Matt Mysing. Having toured across the Southern states and supported Blue October off the back of 2004’s The Clearer I See, Hurricane Katrina stopped Lowerline in their tracks. To mark the 15th anniversary, the Big Easy outfit returned to the studio last year, with Ryan Toussel and Damien Starkey (Puddle of Mudd, Burn Season) for the upcoming comeback record.