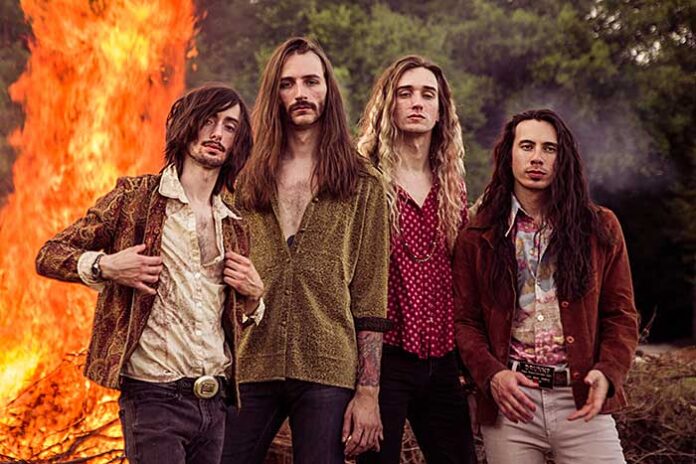 WATCH THE EXCLUSIVE PREMIERE OF THE OFFICIAL MUSIC VIDEO OF SEVEN YEAR WITCH’S COVER OF AKON’S “I WANNA LOVE YOU” ONLY ON OUTBURN.COM

The backwoods of South Carolina isn’t one’s first thought when it comes to a modern shock to the heart of rock ‘n’ roll. Straight out of leftfield with an electrifying hybrid of hard rock, blues punk, and 70s garage rock, Seven Year Witch emerges with enough stage energy to feed a generation starved of real rock ‘n’ roll.

This song is a rock version of Akon’s hit single “I Wanna Love You” performed by Seven Year Witch. The video is filmed at “The Blue Light Lounge” in Chattanooga, TN. Song was recorded, mixed, and engineered by Chase Brown of Atlanta-based band The CEO.

“In early 2021, we hit the road on tour with Adelita’s Way and later Buckcherry. During our sets, we threw in our version of Akon’s ‘I Wanna Love You,’ which was received very well by the crowds. After numerous requests to release our version of this song, we hit the studio and paired it with a music video. We had a lot of fun with this one,” says the band

Seven Year Witch has more music on the way. On January 28th, the band will be releasing an original song, “Cyanide,” along with a video. “Cyanide” was recorded at Studio Barbarosa in Orlando, FL.