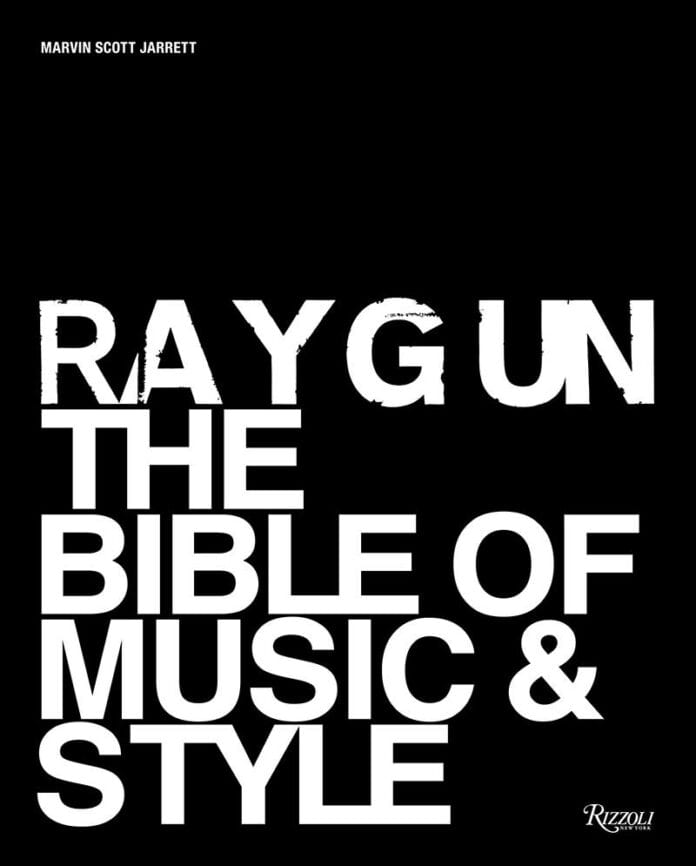 RAY GUN: The Bible of Music and Style
By Marvin Scott Jarrett

I’m not a writer. I’m a graphic designer, part-time reader, and big music fan. So, back in 1992 when I’m at the local newsstand store in downtown San Luis Obispo, CA, I don’t see any magazines that I am interested in. Just the same ol’ stuff. I walk out, and, hold on, wait a second, what’s this? There’s something displayed in the newsstand window that catches my eye. It’s a magazine. I think? I haven’t ever seen anything like this before. And there’s a whole bunch of bands listed on the cover that I recognize? It’s the very first issue of Ray Gun. I go back in, grab an issue out of the display, flip through it—Whoa! What IS this?—and buy it immediately. I’m hooked already, going over page after page, wearing the magazine down, the staples not enough to keep the pages bound together. Reading, looking, examining, wondering if life suddenly has more meaning, or if everything I had ever known up until that point was now meaningless. And this was in the very first day. When is the next issue coming out?! And so began my obsession and inspiration with Ray Gun. This, this is what I want to do! And so, I’ve carried my giant stack of Ray Gun magazines from place to place, city to city, time to time. Ray Gun, in fact, was my biggest inspiration to start Outburn magazine back in 1996, combining the two things that I love the most, music and graphic design, or style, as Ray Gun called it. Was it the end of print? No, it was just the beginning.