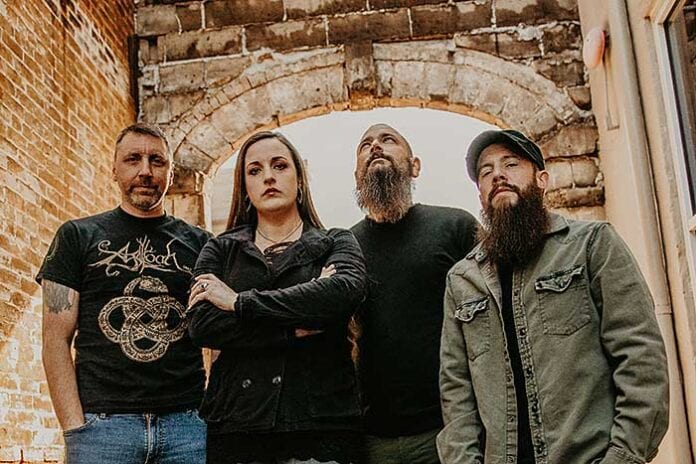 WATCH THE EXCLUSIVE PREMIERE OF THE NEW MUSIC VIDEO FOR “EYES LIKE KNIVES” BY EMBR ONLY ON OUTBURN.COM

“‘Eyes Like Knives’ is a composition about the angel of death, the reaper, the judge, the messenger. It’s a song about punishment, retribution, penalty and penance,” says drummer Eric Bigelow. “It’s the crumbling earth, the rolling clouds, the thunder and the payment due. It’s a vision of the future, the coming storm and the good and evil in each of us.”

“Eyes Like Knives” is the final single from the band’s acclaimed album 1823 released by New Heavy Sounds.

EMBR are four musical kindred spirits who have delivered a crushing yet beautiful debut album in 1823. It is worth stating that the title 1823 has special significance. It’s not just a numerical title, it has substance. Eric Bigelow (drummer) had been on the list for a kidney for around four years.

Eric received a kidney transplant in May of 2019. This happened right in the middle of writing the album. The kidney was from a deceased donor, and all Eric and Crystal Bigelow (EMBR’s singer and Eric’s wife) know about the donor is that it was a young woman between the ages of 18-23. The album is dedicated to the donor and the surgeons at Vanderbilt hospital in Nashville TN.