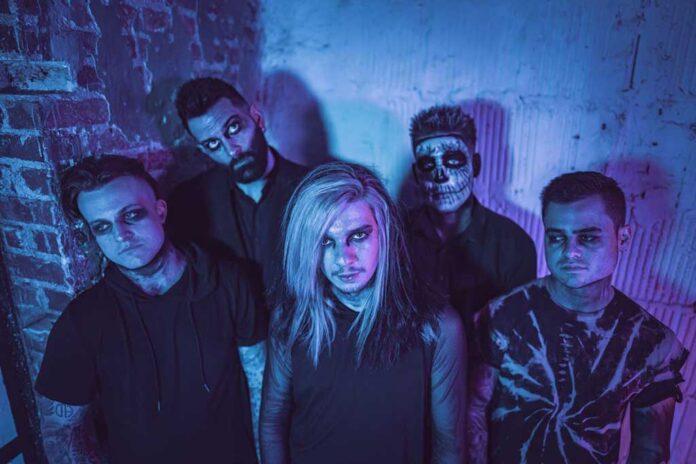 Hailing from Orlando, FL hard rock act Dark Divine shows us a side of darkness that brings a sentiment of anguish mixed with a sincere notion of understanding. The band has announced the release of their forthcoming EP, Halloweentown, due out September 30 via InVogue Records. Guitarist Jason Thomas and vocalist Anthony Martinez share with us the tracks that have influenced Dark Divine, as well as their own band’s favorite songs.

Pre-orders for the Halloweentown EP are here

The song “Death of Peace of Mind” is a testament to vocal versatility, which is something I [Anthony] strive for. To hear a band that was at one point known for primarily harsh vocals do a completely different sound is absolutely inspiring to me. It is a skill set that I am trying to expand.

The idea of synths and non-human components having a significant role in a song is something that we integrated from the beginning. We almost consider our backing tracks as a sixth member of the band. Having other sounds in our music adds so much atmosphere to the soundscape.  “Stitches” is definitely a reason that we chose to go that route

Lorna Shore: “Into the Hellfire“

Will Ramos has this ability to create incredible sounds with his voice and as soon as I [Anthony] heard “Into the Hellfire,” I knew I wanted to try to learn how to do something similar. This song had a definite effect on our song “Circles.”

Being the title track, “Halloweentown” encapsulates the spooky energy that we want to be known for. Just close your eyes, let yourself be transported into our spooky minds, and just have fun.

This song is definitely a strong point in the EP. “Circles” is our attempt to expand our horizons in terms of what we can sound like. There’s definitely elements of multiple genres present in this song as well as some deeper meanings housed within the lyrics.

“The Fear” is one of the more emotionally driven songs on this EP. Describing the feeling of knowing that you have to leave an abusive relationship, this song is a dedication to anyone enduring emotional, physical, psychological, or any other form of abuse.