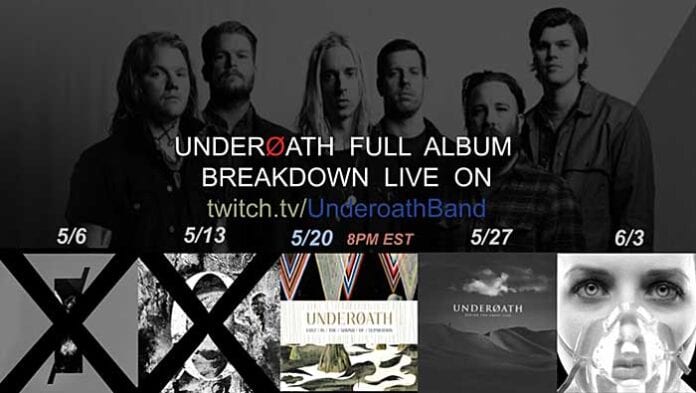 Earlier this month, hard rockers Underoath launched a weekly series on their Twitch channel. During the episodes, which air on Wednesdays, the band streams an album from its catalog in full and goes into detail about the writing and recording processes.

This week’s episode will drop at 8pm ET on May 20 and will break down 2008’s Lost in the Sound of Separation. Producer Matt Goldman, Killswitch Engage guitarist Adam D., (who co-produced the record with Goldman), Every Time I Die guitarist Jordan Buckley, and Slipknot drummer Jay Weinberg are scheduled to appear.

Future episodes will feature producers, artists that Underoath have toured with, Twitch streamers who are Underoath fans, label personnel, friends, and other people who have been intricately involved with and instrumental in the band’s career.