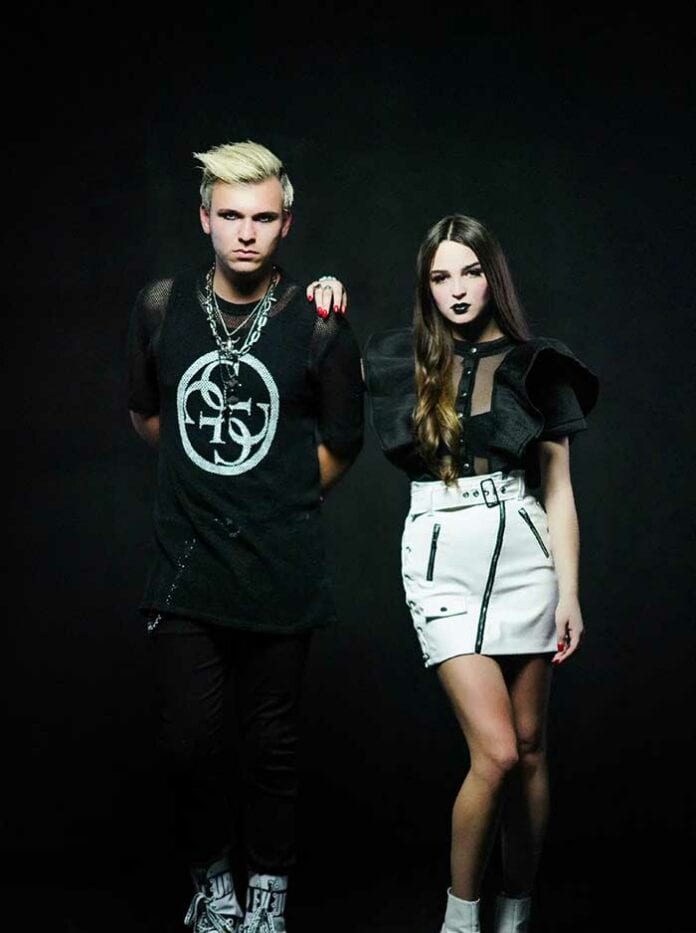 A swirl of indie pop and post-punk with a devilish alchemy that summons both blues and beats, South Florida based sibling fronted teen outfit THE HAUNT wouldn’t be out of place at Vivienne Westwood’s late 70s London boutique, a new wave countdown on MTV’s 120 Minutes, baking in the sun at the Vans Warped Tour, or a dystopian dance club in space.

As part of a concept based trilogy of singles based on otherworldly influences, THE HAUNT follow the release of their ominous debut track “Why Are You So Cold“ as they unveil a new pop-oriented melodic single, “Cigarettes & Feelings.”

“Cigarettes & Feelings” features a bizarre love-triangle between 16-year old front-woman Anastasia, Alfonzo–an alien she’s befriended–and a handsome new love interest. ANASTASIA explains, “As I begin to fall in love with the new man, Alfonzo becomes more and more jealous, eventually leading him to accept defeat and wallow in his cigarettes and feelings.”

Lauded as the ‘Best Unknown Band’ by Miami New Times following the release of their self-titled debut EP and a nearly sold-out global tour alongside Palaye Royale, THE HAUNT have returned to the studio to record new material for their sophomore EP—due early 2020—with acclaimed producer Matt Good (Asking Alexandria, The Word Alive, Stitched Up Heart). Stay tuned for further updates.