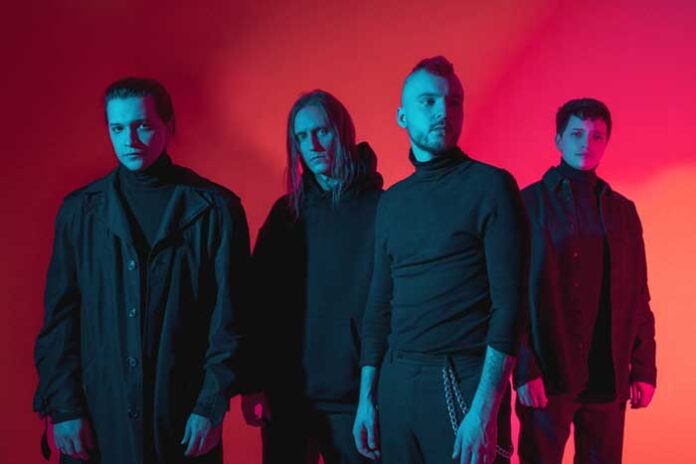 After Ukrainian metalcore unit SPACE OF VARIATIONS had to delay the release of their new album due to the ongoing war in their homeland, the day has finally come for IMAGO to meet the world, unleashed today via Napalm Records. Fasten your seatbelts and prepare for full speed when diving into the thrilling, high energy soundscapes of the outfit’s second offering.

SPACE OF VARIATIONS adds:
“After a worldwide pandemic, an unjust war, two album release delays, and a lot of hoping, worrying, praying, and thinking that this album may never come out – IMAGO is finally out! This one is for our people back in Ukraine, for our friends, family, and fans. This one is for us! Hope you can enjoy the music as much as we do …”

SPACE OF VARIATIONS invaded the underground metalcore scene leaving a lasting impression that makes fans instantly hungry for more. Their unique, powerful songwriting skills exceed all expectations, fearlessly merging different genres while captivating with their futuristic style. The unpredictable and emotive atmosphere of the album reflects SPACE OF VARIATIONS’ attitude: always on a roll at maximum speed, unapologetically crashing the scene.

Their newest single, “1M followers (feat. Denis Stoff)” comes with a vicious visualizer and delivers the final jab of the album release. In the tradition of acts like Bring Me The Horizon and Architects, the song delivers mesmerizing, punching riffs and pounding drums. In preparation of their EU/UK tour supporting Within Destruction kicking off soon, followed by an extensive North American tour with JINJER and P.O.D., SPACE OF VARIATIONS will reveal their full spectrum of pure metal energy that cannot be missed.