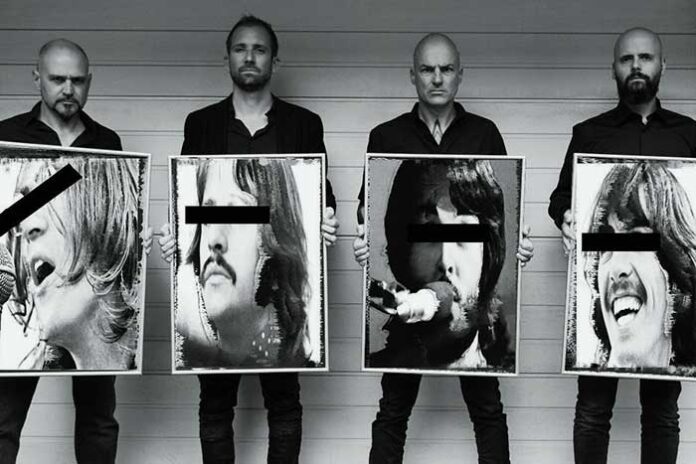 Switzerland’s industrial black metal force SAMAEL is back with a brand new music video for their cover version of The Beatles “Helter Skelter.” On the occasion of the 53rd anniversary of the release of “Helter Skelter,” SAMAEL celebrates the legacy of the band and the birth of heavy metal. The song originally appeared on their latest album, Hegemony.

On “Helter Skelter,” the industrial formation travels way back to the end of the 60s, examining the dark sides of technology and spirituality, including numerous references to the song’s original time frame. With whispering screams, metallic drums, shredding guitar play and targeted string inserts, SAMAEL creates a majestic yet intimidating, cuttingly clear soundscape that presents the legendary The Beatles composition in a whole new light while still staying true to its roots.

SAMAEL on “Helter Skelter”:
“To the question ‘what is the first metal song ever recorded,’ we’ve decided to answer “Helter Skelter” from The Beatles! To commemorate the 53rd anniversary of the first release of “Helter Skelter” and consequently the birth of Heavy Metal, we present you with a video of our own version of the song. The video exposes the dark side of technology and spirituality with numerous references to the time frame in which the song was originally released. Music-wise, we’ve tried to stay true to the original version of the track but we’ve approached it like it is our own composition. The song appears on our latest album, Hegemony.”