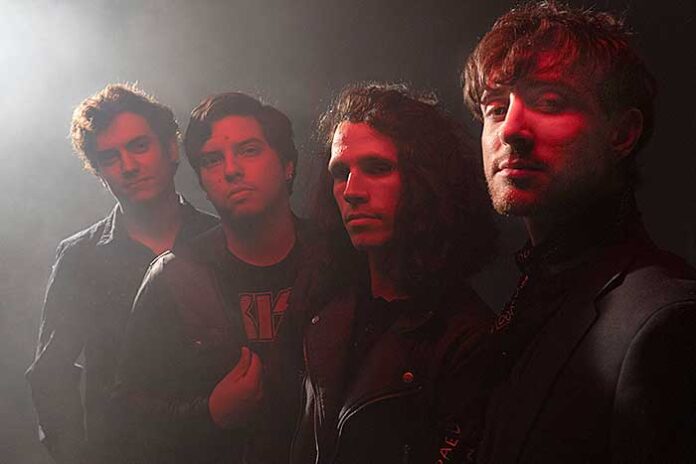 WATCH THE EXCLUSIVE PREMIERE OF THE DEBUT SINGLE AND MUSIC VIDEO “MIDNIGHT VAMPIRE” FROM OF THE WASTELAND ONLY ON OUTBURN.COM

Of The Wasteland—lead singer Stefan Rhoades, guitar player Johnathan Flannagan, bassist Alvin Cespedes, and drummer Steven Neevs— is a new band from Miami, Florida. The cinematic video for ”Midnight Vampire” is darkly tongue-in-cheek, while the song is a high-octane, high-energy mix of driving punk rock and alt rock. Think My Chemical Romance, with a side of Guns N’ Roses.

“‘Midnight Vampire’ is one of our early songs and it never left our rotation when we performed, so it became a priority when we got into the process of recording our music,” Of The Wasteland explains. “This is for anyone who’s ever walked into a room and felt out of place, like the one kid who wears vampire fangs in class, or the group of friends that stays up late playing zombie games. This song has a timeless rock energy, and with the incredible talents we got to work with, this three-minute film truly captures the song’s entire soul. We wanted it to have the essence of a comic book or a graphic novel, like Arkham Asylum by Grant Morrison.”

The band finishes, “Ultimately, it’s an ode to the punk music we grew up on and we put our blood, sweat, and more blood into this song and we’re beyond excited to share it with all of you.”

This is just the first taste…more music is on the way from Apocalypse Records.