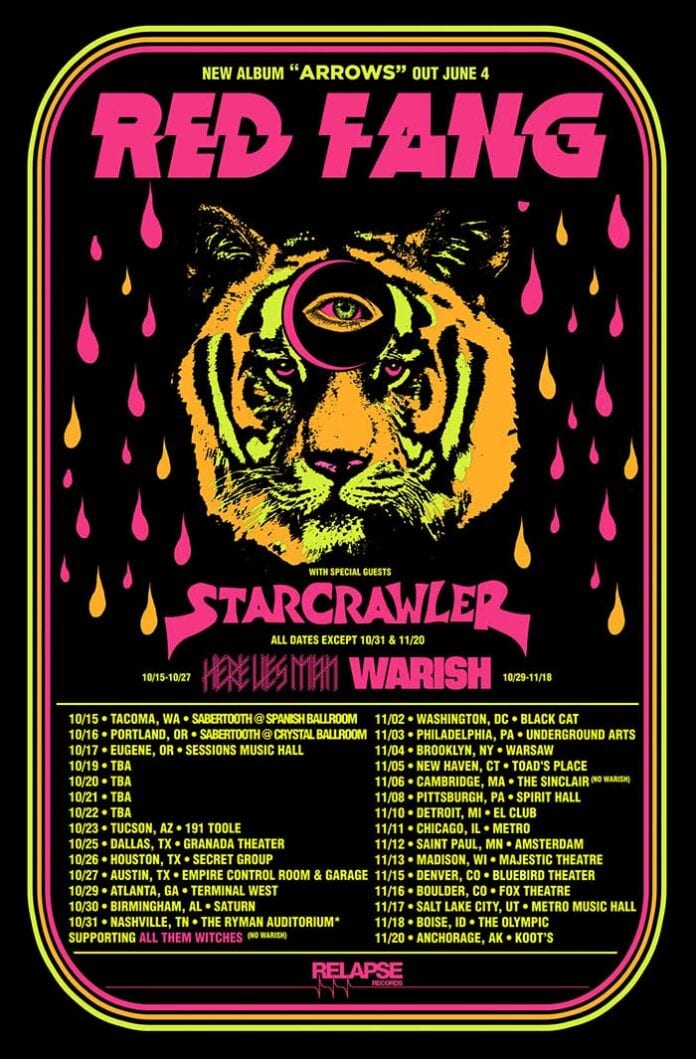 Red Fang, who release their eagerly awaited new album Arrows (Relapse Records) this Friday, has announced a U.S. tour that sees the Portland based band trek across the continent, including the group’s first Alaskan performance.

“It’ll be two years in the waiting, but we’re finally hitting the road in October! If we don’t stop pinching ourselves we’re gonna draw blood,” guitar player Bryan Giles enthusiastically shares. “I’m so happy to announce that Starcrawler, Here Lies Man and Warish are joining us on this epic tour! It’s gonna be a barn burner from start to finish with this line-up for sure. I can’t wait to play tunes off our new album on stage for the first time and see old friends and new, so please come join the celebration with us! Long live LIVE!!!”

Tickets for the month-long outing are also available this Friday, June 4, at 10 am local time. Starcrawler opens on all headlining dates (except Alaska), with Here Lies Man (Oct. 15 to Oct. 27) and Warish (Oct. 29 to Nov. 18) rounding out the bill. Previously announced performances include Aug. 21 at Psycho Las Vegas, Sept. 26 at Louder Than Life, and a special Halloween show with All The Witches at the fabled Ryman Auditorium.