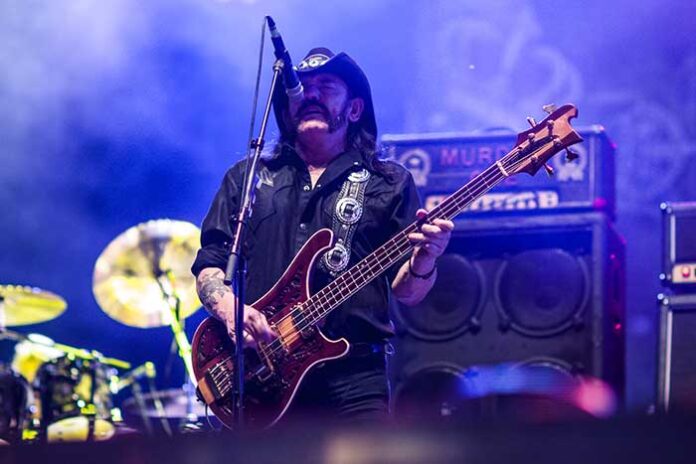 Motörhead to Release a Loud Compilation Album! Everything Louder Forever Set to Be Released in October 2021

Fans of British musical rock band Motörhead will be delighted with the recent announcement that there is a brand-new compilation album set to be on the way that is available to buy in the very near future!

Of course, this is huge news, as fans would have thought the Bad Magic album that was released by the band back in 2015 would have been the last of the music records to be made available since it was just months before Ian “Lemmy” Kilmister’s death and commemorated their 40th anniversary as a highly successful rock band.

Everything Louder Forever is a new compilation album that will be released October 29, 2021, and will feature a mammoth 42 tracks that include some of the biggest hits to have ever been released, with those that are their loudest being paid homage.

A statement provided has revealed that the collection is the “definitive assembly of Motörhead songs, which have created this cultural phenomenon.” This is evident by how big the band has become in popular culture.

Indeed, wrestling fans may instantly recognize some of their tracks, as they have been used by legendary figures such as Triple H, who has a ring entrance to “The Game” that was made in collaboration with the band, while those who are familiar with the Unibet slots game collection will have noticed that Motörhead has a slot game of the same name created by NetEnt in their honor with the developer paying homage to the rock band.

Furthermore, merchandise such as apparel and various other items can all be found displaying the band’s legendary symbols and images, thus further highlighting the impact that they have had on the world as a whole and not just the music industry.

WHAT IS ON THE ALBUM?

Motörhead has decided to pack this brand-new album with a number of the best and loudest tracks that fans of the British rock band will be able to rock out to, with each of the tracks on this Everything Louder Forever album just waiting to be turned up to the max!

Despite not being scheduled for release until October 29, 2021, a new video for “We Are Motörhead” has been released already and is available to watch.

IS THE ALBUM THE PERFECT WAY TO REMEMBER MOTÖRHEAD?

While it will be the first album to have been released since Black Magic, some will see it as the perfect way to pay homage to the band members, with many of the original members unfortunately no longer with us.

As mentioned, Lemmy passed away from illness back in December 2015, however fellow classic band members, “Fast” Eddie Clarke and Larry Wallis have since passed away in recent years.

Clarke was one of the guitarists of the classic Motörhead band lineup who died in January 2018 after a battle with pneumonia at 67, while Wallis—who was the original guitarist and an early founder of the rock band—passed away as recently as 2019.

Phil “Wizzö” Campbell and Mikkey Dee may not have been original members of the iconic band, but they played huge roles in helping to keep them as successful as they were over the decades, and both of them were able to see how much of a hit their Louder Than Noise… Live in Berlin live album was.

PHILIP H. ANSELMO & THE ILLEGALS to Play Louder Than Life,...