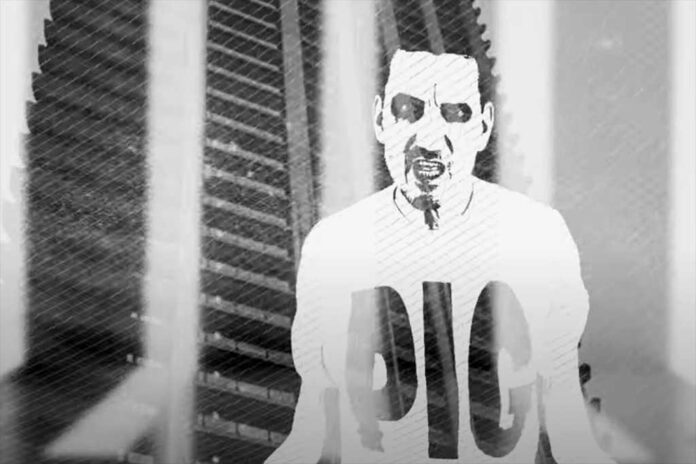 Raymond Watts holed up in his sty and created The Merciless Light, the new album by PIG. Ably aided and abetted by long time accomplices En Esch and Steve White. Watts also welcomes a new swine to the trough as Jim Davies (Pitchshifter/The Prodigy) adding another new level of impeccable (in)credibility and talent.

The Merciless Light seethes, swings, seduces and snarls. Extraordinary electronics and a glut of glitz, glam, guitars and grooves create a masterful mélange of mirth, malice and winking wit from our very own venerable Vicar of Vice.

A stellar sample comes in the form of the snazzy “The Dark Room,” which clocks in at exactly three minutes and delivers a massive knockout punch with mercifully no paunch. A video for the song directed by LA based Ibex can be seen now.

Four further tasty morsels from the album can also be consumed in the form of video snippets (see below), while album opener “No Yes More Less’ has also been released as a single ahead of the main course being served on 23rd September by Metropolis Records on CD along with all streaming and digital platforms.