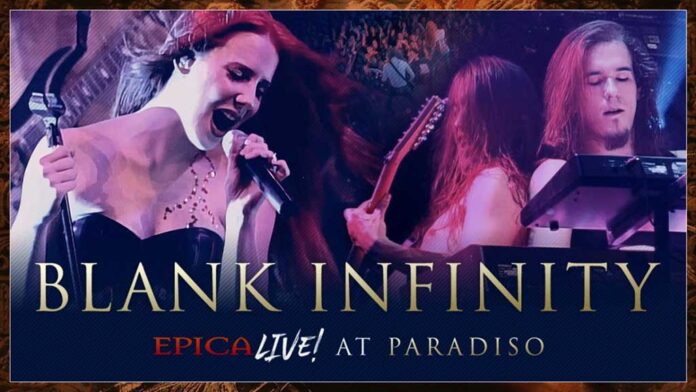 The day has come for EPICA to finally release their Early Years Collector’s Editions We Still Take You With Us, including their first 3 albums as well as the rare Live At Paradiso and their first official live recording at Netherland’s Twee Meter Sessies.

Order the early years collection We Still Take You With Us and Live At Paradiso linked here.

To celebrate the release of these different editions (which are part of their 20th Anniversary Festivities) EPICA will perform a long sold-out show at the 013 in Tilburg featuring a massive stage production, guests, and exclusive rarities on the setlist tomorrow night. While you’re in Tilburg, you might as well treat yourself with popcorn and the exclusive cinema premiere of Live At Paradiso at Tilburg’s Pathé tonight, Friday the 2nd. And before heading to the venue tomorrow, you can stop at the pop-up shop right next to Poppodium on Saturday between 12:00 and 17:00 to grab some of the freshly released box editions, signed copies, or other rarities from the band’s personal archives!

For everyone not being able to attend, you can watch a pro-shot of tomorrow’s live show with EPICA and Sahara Dust right at www.epicastream.com.

“‘Blank Infinity’ is one of the songs from the Consign To Oblivion album that we played a lot live during the early years. I sometimes miss the song in our set, but we have so much to choose from that nowadays it is impossible to integrate all of them!”

In addition to the audio of ‘We Will Take You With Us’ finally being available on all streaming platforms today, the band has also launched all the videos of this release on their youtube channel – check them out at the link here.