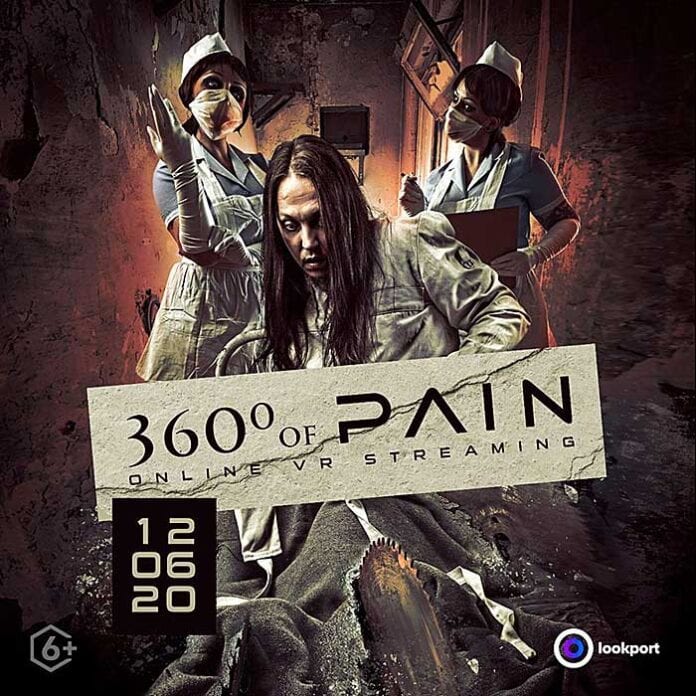 The news about the groundbreaking online concert that PAIN is going to stream on June 12th at 19.00 CEST from the Abyss Studio in Sweden spread like a wildfire, arousing such a massive interest that the band decided to not only stream via Lookport but also make the unique event accessible for Facebook. The Swedish band will also collaborate with NUCLEAR BLAST to offer the stream via the official Nuclear Blast Youtube channel enabling the full PAIN experience via all platforms.

Peter Tägtgren states, “We’re gonna play your favourite songs, of course, and maybe I’ll show you a little tour about the studio that we’re in—the Abyss studio where a lot of bands did their recordings, a lot of friends! There are some good stories around there in the walls and maybe I’ll share you some stories. For now, see you on the 12th!”

The band will broadcast from legendary Abyss Studio in Sweden, one of the most famous recording locations in today’s metal scene. It is also the personal studio for Swedish musician, multi-instrumentalist, producer and mastermind Peter Tägtgren, internationally renowned as the founder of PAIN, HYPOCRISY, and LINDEMANN.

When talking about the industrial metal pioneers PAIN, it is hard not to mention that Peter Tägtgren brought into this world the main ringtone and anthem of the 2000s—the song “Shut Your Mouth.” But fans of the band and connoisseurs of good music would also mention famous songs like “End of the Line,” “Same Old Song,” “Suicide Machine,” “Dirty Woman,” “‘Zombie Slam”—all tracks that fans will finally be able to witness live again, during the 360° virtual reality concert on June 12th. Throughout today’s crisis and the lockdown, modern technologies help provide us with the opportunity to watch our favourite bands perform online, but on this occasion, technology will also bring fans a unique tour of the legendary studio, where hundreds of contemporary heavy music masterpieces (DIMMU BORGIR, CHILDREN OF BODOM, SABATON, AMON AMARTH, etc) were created. With the use of 360 VR streaming technology, high-quality 8K video and 360 surround sound you will be able to participate in a private concert experience.

Thanks to the band’s friends and partner—the LookPort project—you will have the opportunity to stand next to the musicians in the virtual reality format during your favorite song, almost touch the equipment, walk around the studio and examine its souvenirs—such as the gold records on the walls—and much more.

During the broadcast, Peter Tägtgren and his fellow PAIN musicians will talk to you and answer your questions live. Stay tuned and see you in the VR dimension on June 12th at 19.00 Central European Summer Time!