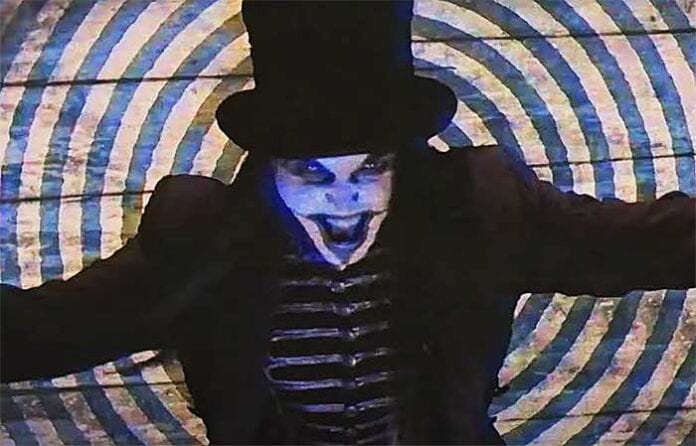 U.K.-based thrash metal trailblazers ONSLAUGHT have revealed the second single from the upcoming Generation Antichrist album, “Bow Down to the Clowns,” along with its menacing travelling circus-inspired video.

Lyrically inspired by society’s tendency to allow itself to be controlled by others, the video for “Bow Down to the Clowns” offers a literal depiction of dark clowns with a demonic ringmaster pulling the strings on the whole spectacle.

“Distraction and control walk hand in hand in the dark world of clowns,” says guitarist and founding member Nige Rockett. “This track tears through the unnerving facade of political deception exposing the ugly truth for all to see. This is angry music for angry people.”

“It is basically a twisted take on a political travelling rally,” says bassist Jeff Williams. Freak shows and clowns, glaring neon and grim hidden recesses. A carnival of mass distractions to enrage and delight the masses to keep them under control and divided through fear, hate and self-righteous superiority…In our circus Dumbo would’ve hit the floor!”

Synonymous with the brilliance and endurance of today’s thrash metal movement, ONSLAUGHT is ready to set world on fire once again with one of the most ferocious thrash metal albums ever made in Generation Antichrist, set for release on August 7 via AFM Records. A lyric video for the first single from Generation Antichrist, “Religiousuicide,” made clear the band’s stance on organized religion through intense imagery as intense as the music and lyrics.