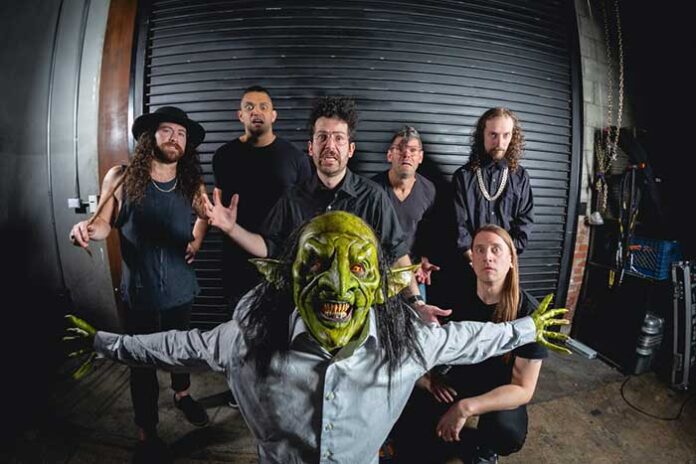 The self-proclaimed “Best Goblin Metal on the Planet” known as Nekrogoblikon has dropped the video for the brand new single “RIGHT NOW.”

“We’re very excited to finally share the first single and video from our new album with you all,” the band says. “Since the song JUST SO HAPPENS to have the same name as John Goblikon’s talk show RIGHT NOW, we figured we’d also give you a sneak peak of what’s to come in Season 4 amidst all the goblin metal antics. Hope you enjoy!”

The song will appear on the band’s upcoming album, due out in 2022. Season 4 of RIGHT NOW premieres on Wednesday November 17, with special guest Blake Anderson.