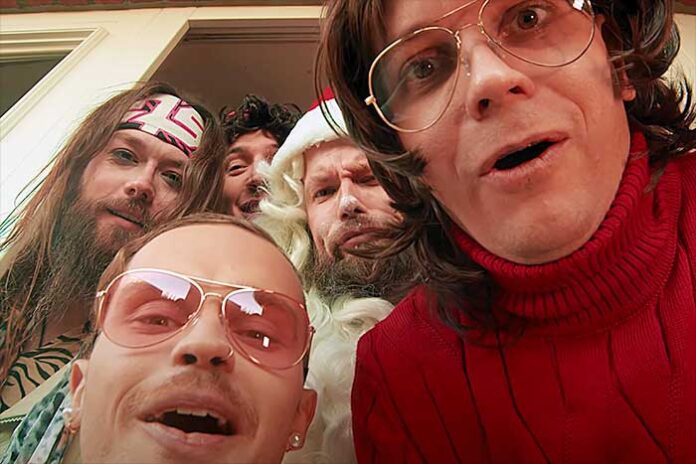 LORD OF THE LOST once again provides a music video of the utmost quality and direction, arriving just before their upcoming Christmas store livestream on November 18. With the surprise music video for “My Constellation,” LORD OF THE LOST presents a gripping, cinematic Christmas blockbuster that first spreads contemplation through frontman Chris Harms’ mesmerizing voice before subsequently ending in a shockingly unusual case, unraveled by the expertise of famous forensic biologist Dr. Mark Benecke.

Last summer marked the release of their most successful album to date, JUDAS (#2 on the German album charts), and LORD OF THE LOST is set to publish their nearly two hour Sinister Summer streaming concert, The Sacrament of Judas, on BluRay, out December 10, 2021. Their latest video for “My Constellation” joins a great lineup of impressive videos released by LORD OF THE LOST this year. Foremost among them are the successful videos for “Viva Vendetta,” of which the Hamburg based band has released in two versions, each with a brand new respective production.

Chris Harms from LORD OF THE LOST about the new video:
“This video is so absurd, I can’t even add anything to it.”

BETWEEN THE BURIED AND ME Releases Official Music Video for “Fix...