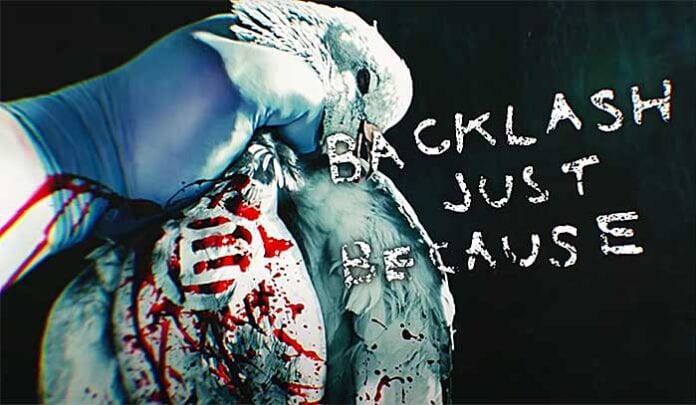 U.K. grindcore pioneers Napalm Death, who recently announced the release of their first album in five years, Throes of Joy in the Jaws of Defeatism (Sept. 18, Century Media Records), have released the first single and lyric video from the highly-anticipated album: “Backlash Just Because.”

Napalm Death vocalist Mark “Barney” Greenway said of the track, which debuted yesterday on Sirius XM’s Liquid Metal with Jose Mangin: “This song in particular really spurred me on when I was writing lyrics for the album overall. It’s raucous and traditional, but also quirky and discordant and ultimately catchy-as-anything in the context of rampaging noise. Lyrically it was directed at the spiteful art of creating easy targets and fomenting paranoia and revulsion, which is something that I feel has become de rigueur in very recent times. I really let loose on the more sporadic vocals at the end of the song – it’s a real barkfest at that point. Lovely.”

Throes of Joy in the Jaws of Defeatism is the eagerly-awaited follow-up to the band’s critically-acclaimed 2015 album, Apex Predator – Easy Meat, and is the sixteenth studio album effort by Napalm Death. It was again recorded with longtime producer Russ Russell and features artwork by Frode Sylthe.

From the pinnacle of confrontational instrumental extremity and steadfast lyrical humanity, Throes of Joy in the Jaws of Defeatism warps musical landscapes all over again. The 12-song release is seething with caustic evolution and unrelenting scope.