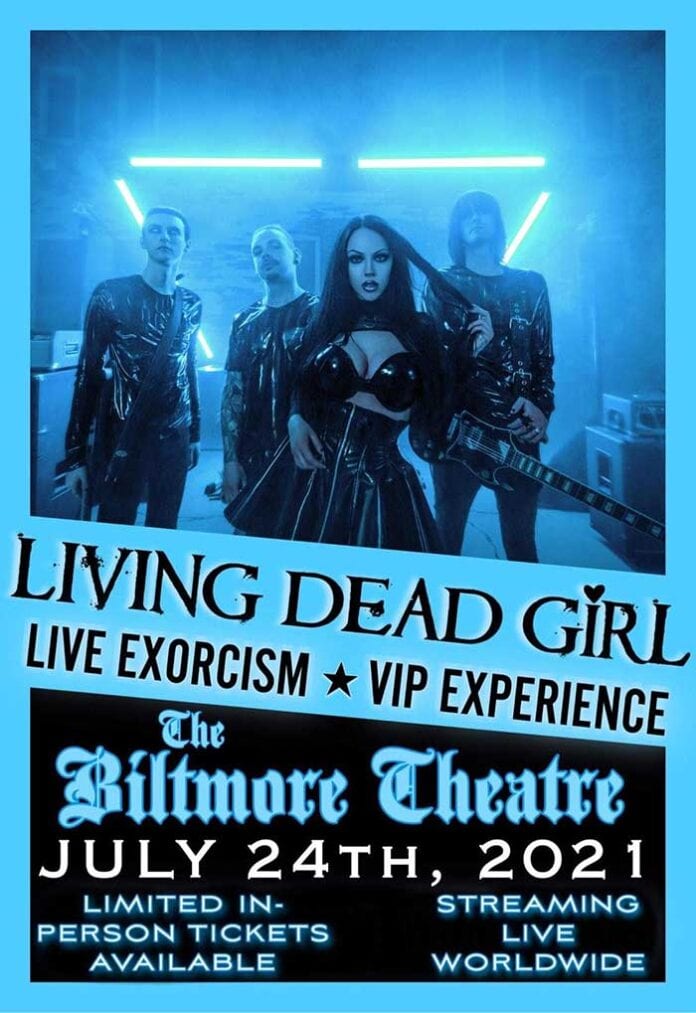 The concert, hosted by The Biltmore Theatre in Oshawa, ON, begin at 7:30 p.m. EDT. In-person general admission ticket and VIP packages including early entry, priority seating, a pre-show meet and greet and an exclusive signed poster are available now. Tickets for the livestream, which will also be available to view following the performance, are available for a suggested donation of $10. Visit https://fb.me/e/18SnxpAK0 for additional details on the livestream.

“Join us, whether in-person or virtually, for Live Exorcism!” says frontwoman Molly Rennick. “We will be performing our debut record in its entirety and streaming the show live. We can’t wait to play Exorcism front to back and rock out with you!”