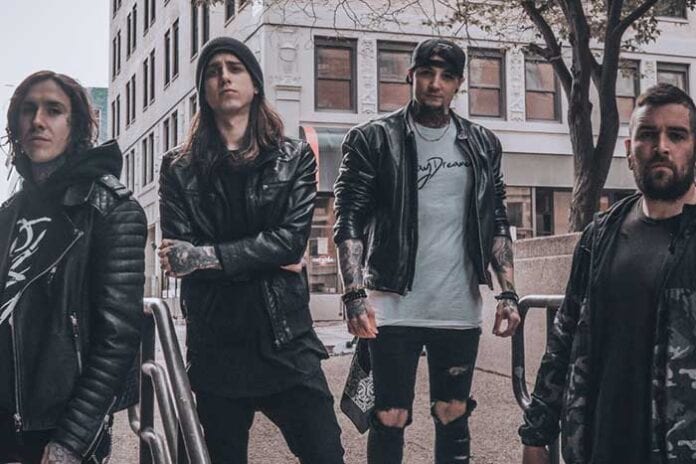 Fearless Records is pleased to welcome Buffalo quartet Until I Wake—vocalist Cody Johnson, bassist Ryan Ridley, guitarist August Geitner, and drummer Alex Curtin—to its global roster. To celebrate the signing, the band has shared the video for the new song “Nightmares.”

The song boasts thunderous grooves, frenetic vocals, and pulsating percussive energy. It is accompanied by cinematic visuals that mix performance footage with the story of a romance that unravels before our very eyes.

“‘Nightmares’ is the bridge between our self-titled EP and our upcoming album,” Johnson says. “It’s just a little taste of the direction in which Until I Wake is headed, and the video ties into previous ones we’ve done. We are extremely honored and excited to be a part of the Fearless Records family and can’t wait to see what the future has in store.”