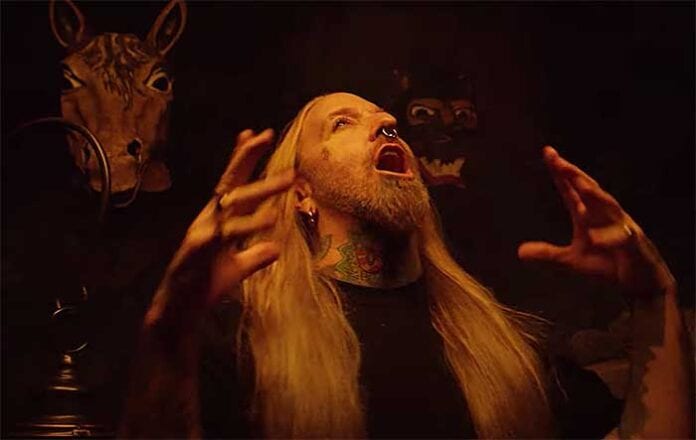 Top-charting dark groove metal originators DEVILDRIVER will release part one of their highly-anticipated double album, Dealing With Demons I, on its new release date of October 2, 2020 via Napalm Records. Today, DEVILDRIVER continues to bestow fans with a steady stream of content leading up to the album’s impending release with their most heart-wrenchingly earnest offering to date, “Wishing.”

As Dealing With Demons I explores the purging of a different demon per track, “Wishing” illustrates the theme of loss—more specifically, wishing a loved one would return. The clean vocals sung on “Wishing” mark frontman Dez Fafara’s first in DEVILDRIVER history, harking back to his goth roots. Influences of Bauhaus, The Sisters of Mercy, and more can be heard in Dez’s brooding vocal delivery on the verses, while a heavy chorus punches with raw emotion as he screams, “Wishing you were with me right now!”

The dreamlike official music video for “Wishing” —the band’s most surreal visual yet—places each member of DEVILDRIVER in a nightmarish state, trying to physically reach their loved ones just to have them disappear once they’ve nearly grasped them. Echoing the lyrical themes of the track itself, Dez and his bandmates experience this loss again and again down an eerie rabbit hole, surrounded by faceless beings and distorted imagery.

The footage seen in the “Wishing” video was filmed in separate locations by each band member, with social distancing practiced as a top priority. The finished product was directed by Vicente Cordero/Industrialism Films.

THE PRETTY RECKLESS Shares Video for Acoustic Version of “Only Love...