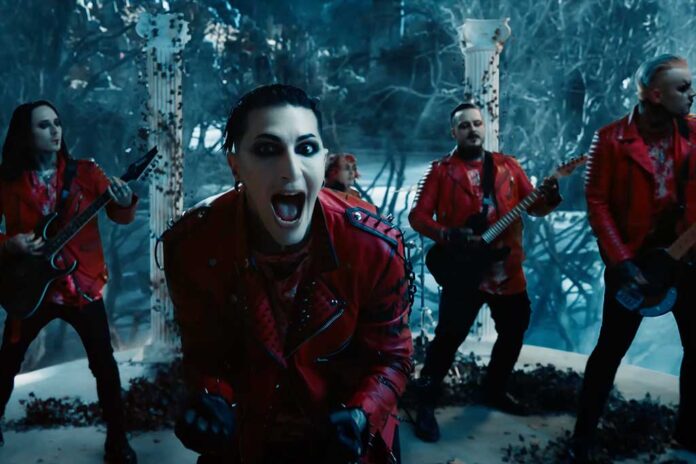 In celebration of Halloween, Motionless In White has shared the official music video for their single “Werewolf.” Directed by Jensen Noen, the official clip is streaming now on the band’s YouTube channel.

“Werewolf” is featured on Motionless In White’s widely celebrated new album Scoring The End of the World, which entered Billboard’s ‘Top Hard Rock Albums’ chart at #1 this past June becoming Motionless In White’s fifth Top 5 on the chart. The album also landed at #3 on Billboard’s ‘Top Current Albums’ chart, #2 on their ‘Top Rock Albums’ tally, and #12 on the ‘Billboard 200,’ marking the group’s second largest sales week ever with 29,500 in total consumption. Scoring The End of the World is also highlighted by the singles “Cyberhex,” which trended Top 10 on YouTube, and the follow-up “Masterpiece,” which lit up streaming platforms and reached #1 at Active Rock Radio earlier this month.