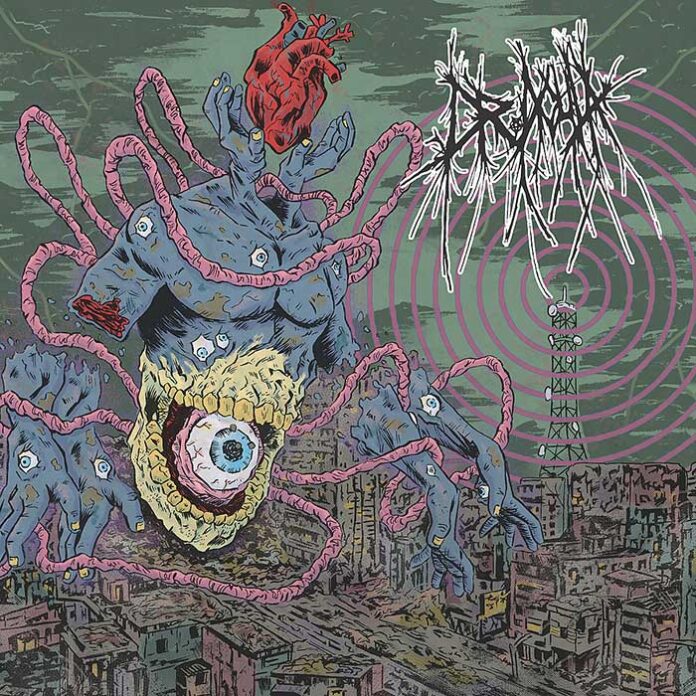 HORROR DEATHCORE: As one of the most seasoned deathcore bands in the genre, Dr. Acula doesn’t need an introduction when it comes to the scene. Founded in 2005, they paved the way with their sophomoric humor and desire to blend genres to create an assailing uncontested listening experience. Having released four full-lengths and two EPs in their career thus far, Dr. Acula has now unveiled their first album since 2012, proving that the legendary horrorcore heavyweights are still kings of the genre in every way with their new self-titled comeback record.

From the beginning of Dr. Acula, the introduction track, “Apotheosis,” has a clear distinction from their 2012 album, Nation, yetstill feels like a Dr. Acula record. Turbulent and explosive with every turn, “Apotheosis” is the perfect lead into many other great moments on their self-titled release.

Another masterfully produced titanic moment on the album, “How to Kill a Monster,” follows the instrumental destroyer, “The Abominable Snowman of Pasadena.” They demonstrate the technical prowess of the New York band’s cross-genre sound and how far the group has progressed in creating catchy tracks and developing quality breakdowns.

Melodically chaotic, “Welcome to Dead House” keeps the energy moving to their highlight numbers, “Stay Out of the Basement” and “The Werewolf of Fever Swamp.” Diabolically intriguing and beautifully unpredictable, Dr. Acula has proven they have stepped up their game atmospherically as well as within their instrumental fretwork and percussive delivery.

The album ends with a brutal finale, “The Barking Ghost.” With a slower change of pace than most of the tracks on the record yet still retaining the dark and technical heaviness provided throughout, Dr. Acula ends, feeling like a new band has risen from the ashes and leaving the listener wanting more.

Dr.Acula is a comeback album that has a complete and mature sound. Lyrically, there is more focus on building a narrative around what works for the band, with engaging music and vocal twists and turns that ambitiously drive the record forward. This is a stellar move for Dr. Acula. Even though it has been quite some time since the band has entered the ring with a new release, Dr. Acula is showing that time is nothing more than a construct if you have the drive and the talent to build something new and exciting that will turn heads. ~ Sammie Star