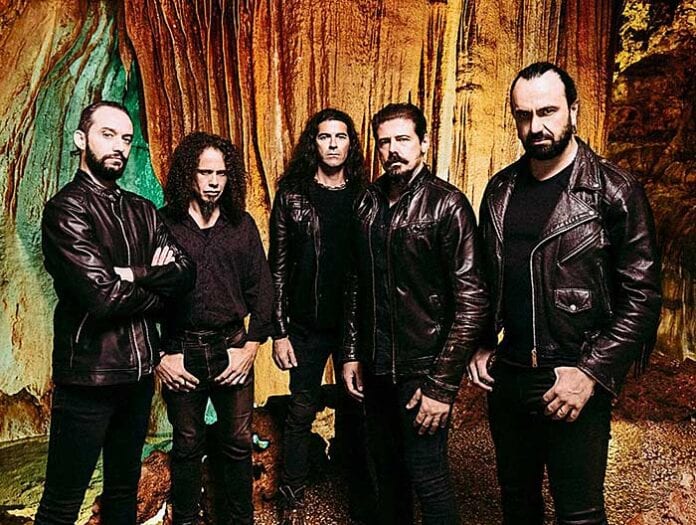 MOONSPELL is not only approaching their 30th band anniversary more ambitiously and stronger than ever, but with their forthcoming record, they’ve created a wonderfully intuitive, yet epic masterpiece and a testament to what they’ve always loved the most: Honest, emotional metal that binds us even in these dark times.

Following up on their just recently unleashed album opening track, “The Greater Good,” today, MOONSPELL is sharing their second single and a brand new video for “Common Prayers.” With “Common Prayers,” MOONSPELL successfully builds upon their previous dark works.

Directed by Guilherme Henriques and featuring actress, singer and performer Aurora Pinho, this clip was shot 90 meters below the surface at the amazing caves of Grutas de Mira d’Aire, one of Portugal’s seven natural wonders. With a classy gothic and catchy feel, MOONSPELL flexes their best songwriting skills. The lyrical content is “perverse, almost religious” and deals with the 18th century pregnancy surge amidst Portuguese nuns. Twentieth century demolitions and excavations unearthed the bones of hundreds of children, revealing the sad fate of Jesus’ sons and daughters.

Vocalist Fernando Ribeiro states: “Political? Religious? Who the fuck cares, really? Music is, for MOONSPELL, about self-expression, and we are old enough to pick our battles. ‘Common Prayers’ is the kind of song we love to write, sensual, different, with a to-die-for chorus. Hermitage is coming your way, you can run, but you cannot hide. Staying safe is staying smart. Say a prayer!”