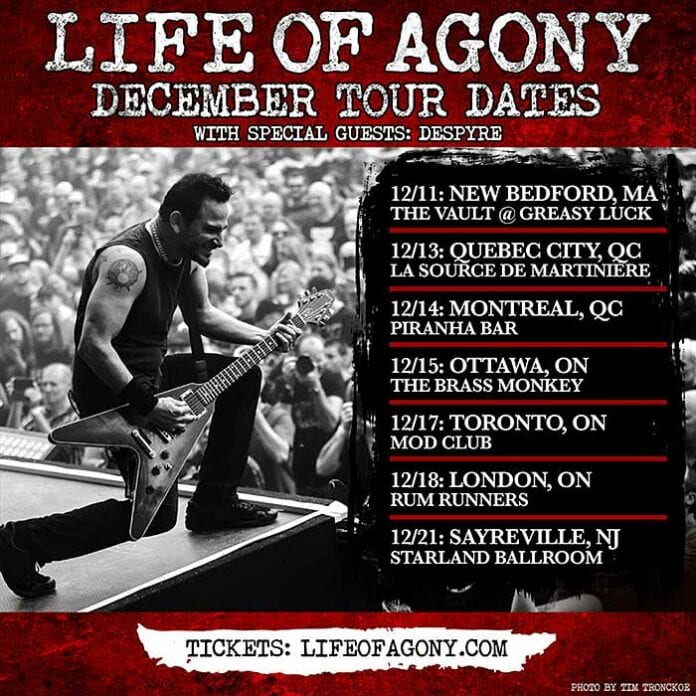 Following a killer European tour, hard rock and crossover metal veterans LIFE OF AGONY have returned to tour North America for a run of shows in December. The group will be joined by fellow New York metal renegades Despyre. The tour kicks off December 11th in New Bedford, MA and wraps on December 21st in Sayreville, NJ.

LIFE OF AGONY’s sixth studio album, The Sound of Scars, was released on October 11th via Napalm Records. The album’s story picks up where their legendary debut record, River Runs Red, left off.

The two albums’ release dates are almost exactly 26 years apart, and follows the events in real time after the troubled teenager attempted to take his own life on River Runs Red. “The Sound of Scars feels like such a monumental moment in Life Of Agony’s story,” bassist Alan Robert says. “On one hand, we’ve come full circle, continuing the concept of our 1993 debut River Runs Red, and on the other hand we’ve reached new heights with the raw power of the sound and songwriting. We really cannot wait for fans to sink their teeth into this beast and take this emotional journey with us. This record is a monster.”