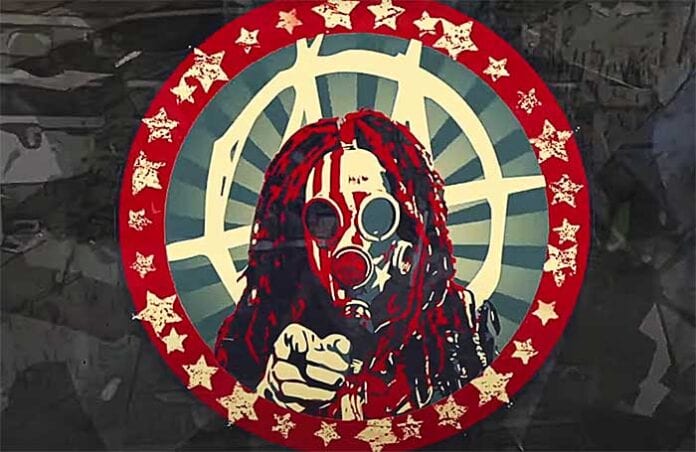 With only 14 days left until one of the most important elections in American history, Ministry’s Al Jourgensen is encouraging fans to “Git Up, Get Out ‘N Vote” by whatever means necessary ahead of the November 3 deadline. Today, Ministry releases a brand-new video to spread the message, using the music and lyrics from the notorious song that originally appeared on the band’s 2012 release Relapse.

Stay tuned to Ministry’s official social media accounts (@WeAreMinistry) the next two Tuesdays (October 27 and November 3) for additional surprises that will launch leading up to Election Day.

To provide the perfect soundtrack to get fans engaged in the upcoming voting season, Ministry has also created a new playlist, “The Soundtrack To Your Election,” available now on Spotify. With 30 powerful selections, the playlist features personal favorites of Jourgensen as well as Ministry’s own rally cries including new single “Alert Level” and tracks from the highly politicized album AmeriKKKant, the band’s most recent full-length release.

Listen to it here: http://nblast.de/MinistryElection2020

RIVERS OF NIHIL Launches Video for “The Void from Which No...