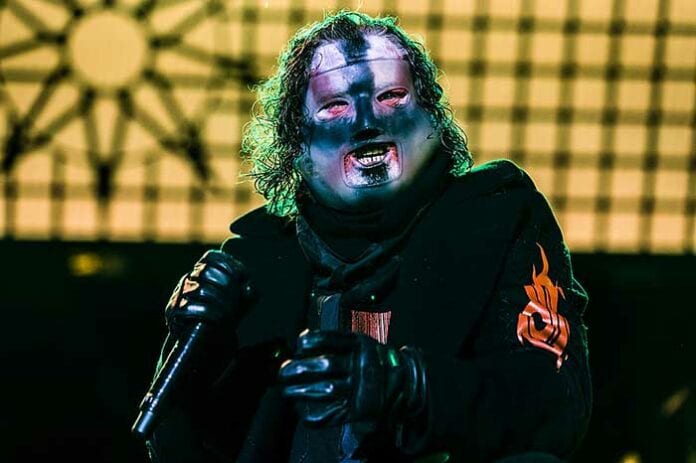 Music and film have always had a relationship—through pop-infused soundtracks, films based on artists musical themes, and the entire musical genre. And recently, the soaring success of Bohemian Rhapsody and the positive response to Rocketman and Yesterday—three films about Queen, Elton John, and The Beatles, respectively—have made this relationship all the more apparent.

At the same time, the success of these films (and the high likelihood that more like them are on the way) raises a few questions. What other bands deserve the Hollywood treatment? More relevant to our own interests, which metal groups could make for similarly popular and engaging projects?

It’s a hypothetical discussion, but we have some fun thoughts nonetheless.

SLIPKNOT
Famous for their attention-grabbing image and the energetic, chaotic atmosphere that they bring to each one of their shows, Slipknot has always inspired a passionate following, which in and of itself is grounds for a film adaptation. The loyal fan base would, without a doubt, show up to see a talented cast try to replicate the energy on screen. A movie could even shed light on some of the mystery surrounding the group’s members, who are actually quite private, and prefer to perform with masks during shows for this very reason. Additionally, the fact that the band has had a total of 16 members over the span of its existence could make for some intricate and interesting storytelling. And with the band still very much active today, perhaps a cinematic release could even be timed to take advantage of a real-life single, tour, or album release.

MOTÖRHEAD
Credited with the creation of speed metal and thrash metal, Motörhead is widely considered to have been a pioneer in the heavy metal genre. And thanks to hits like “Ace of Spades,” the band also managed to establish a place in pop culture beyond metal-specific fans. A documentary on Motörhead was reasonably popular, and Canadian slot gaming sites host a Net-Ent-developed slot reel based on the band to this day. Through that game, huge numbers of gamers are still exposed to some of the group’s hit songs. This is to suggest that Motörhead has a perfect mix of relevance to support a major film project. Iconic among metal and thrash fans, known to casual music lovers, and visible even to modern gamers who might not have an opinion one way or another on the genre, the group would reach a wide audience if portrayed on the big screen.

BLACK SABBATH
Black Sabbath has actually come up in other articles about bands that deserve cinematic adaptations, and it’s not hard to figure out why. It’s simply the persona of Ozzy Osbourne (which has already proven strong enough to have supported a long-running reality show). The endless list of wild antics and legends associated with the man could take up hours of screen time alone, making every bit as worthy of the film treatment as Queen’s Freddie Mercury. On top of Ozzy alone though, the band’s history is rich with anecdotes that could keep audiences hooked, from the controversy surrounding the dark Satanic ritual the band is named after, to an alleged audition by Michael Bolton to be part of the group. There’s just a ton of material surrounding this group—to the point that we’re starting to think maybe an HBO miniseries might be better than a film.

LED ZEPPELIN
This legendary rock group has been referenced for years in Hollywood, in films ranging from the goofy-but-beloved comedy School of Rock to the acclaimed Marvel superhero flick, Thor: Ragnarok. It’s clear already that audiences love hearing Led Zeppelin’s music in the theater, so the next logical step is a film about the band itself. Much like a project about Black Sabbath, this film could focus on the antics of the band’s members during their heyday. Of particular interest would be their stay at Seattle’s Edgewater Hotel, where wild allegations (some involving a mud shark) resulted in their being permanently booted from the establishment. But even without these bizarre rock star subplots, a straightforward film about the band’s rise to prominence could be every bit as gripping as Bohemian Rhapsody.