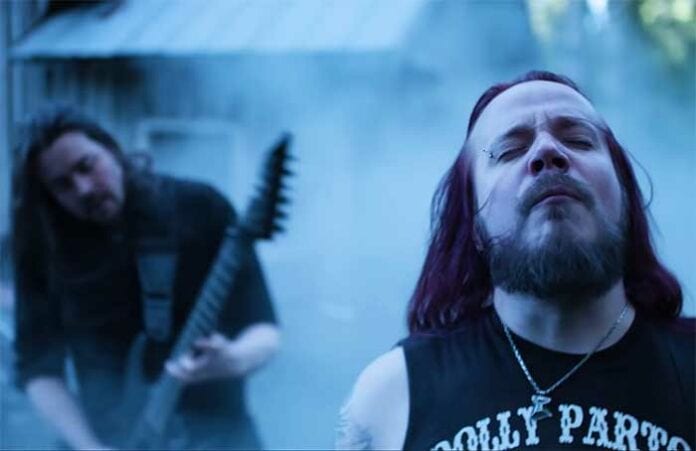 On October 4th, 2019, Finnish melodic death metal masters INSOMNIUM are going to release their new album HEART LIKE A GRAVE via Century Media Records worldwide. To get a first glimpse of their new masterpiece, watch the video to “Valediction.”

The impressive video was shot by Vesa Ranta and Aapo Lahtela of Kaira Films, who shot two videos in the same session with the band in the beginning of summer. These two videos are bound together, so they form one longer story.

The band comments: “When the album theme is to dive deep into the black waters of Finnish melancholy, then Vesa Ranta is truly the right man to visualize the story. Album booklet is crafted from Vesa’s epic landscape photos and these same themes continue in the two videos that we shot at Koli national park. Woods and lakes, sorrow and longing. That’s the heart of Insomnium.” (INSOMNIUM)

“Insomnium is one of those bands that have been inspiring us. We have wanted to work with them for long time.Valediction is the beginning that sets the mood and presents the characters. The story will unfold in the next music video that will be released later. And as the album theme demands this tale here is grim indeed” (RANTA & LAHTELA)