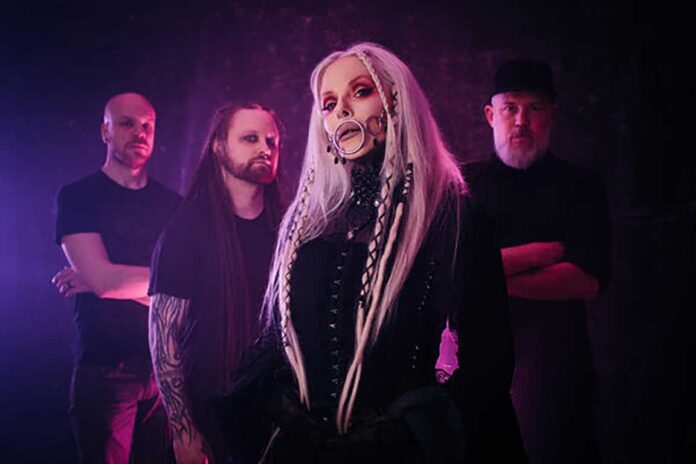 Due to unforeseen production issues delaying the release of their upcoming album, ritual doom metal act Frayle has announced the new date of September 23 for the release of the much-anticipated Skin & Sorrow via Aqualamb Records.

The band shares, “Unfortunately due to unforeseen circumstances, we have no choice but to push the release date for Skin & Sorrow back to September 23. Those of you who have preordered the record will receive a special gift to thank you for your patience. We can’t wait for you to hear this record!”

Fans who previously reserved copies of Skin & Sorrow will receive an exclusive 2023 moon phases calendar designed by frontwoman Gwyn Strang and guitarist Sean Bilovecky as a thank you for their patience.

Frayle will also release a new track in July to carry on the momentum of previously well-received singles, including the title track “Skin & Sorrow” and “Treacle & Revenge” with both accompanied by bewitching videos to appeal to goth, horror and metal fans.

Skin & Sorrow was fully written and recorded by Bilovecky and Strang from the third floor of their own studio, on the edge of Cleveland, surrounded by ancient lakes and woods that echo the howls of coyotes. The band is rounded out live by Jason Knotek on bass and Jon Vinson on drums.