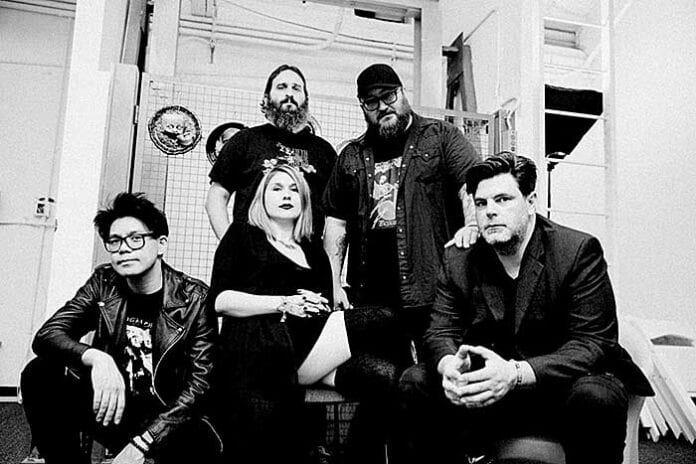 Los Angeles based post-punk quintet SMALL PLANETS last winter released their self-titled debut album which was mastered by the multi-Grammy Award-winning engineer Andy Walter (David Bowie, The Who, The Cure) at the legendary Abbey Road studios in London, UK. Yesterday, March 26, the band partnered with Buzzbands LA—which describe them as “propulsive rockers (think Interpol) with dark, dreamier tracks”—to announce the release of a digital EP of the album’s track “E” today, March 27, and premiere the touching music video for the remixed version “E (Shhadows Mix)” seen below.

The music video for “E (Shhadows Mix)” raises awareness to the homeless crisis plaguing Los Angeles. To combat this issue, 5% of all sales from E will be donated to The Sidewalk Project, a non-profit homeless organization in Los Angeles who use art, music and film to create community and wellness for those who live outdoors. The band will also match the total amount raised over 90 days.

The EP also includes the previously unheard song “Winter” which alongside the remix was mastered by drummer Simon Scott of Slowdive. Their show at Ace Theater in Los Angeles in 2015 inspired the formation of SMALL PLANETS.

Taking their cue from iconic bands such as Interpol, Joy Division and The Cure, SMALL PLANETS have developed an instantly recognizable sound by combining their distinctive brand of darkened post-punk with striking vocals from lead vocalist Jessica Hernandez.

“E is truly about taking ownership of your next steps and not letting past mistakes define your future,” remarks guitarist Jeff Love. “It’s literally all about hope, which I feel ties well into the overall theme of this release-helping and raising awareness to the homeless crisis that Los Angeles is currently facing.”