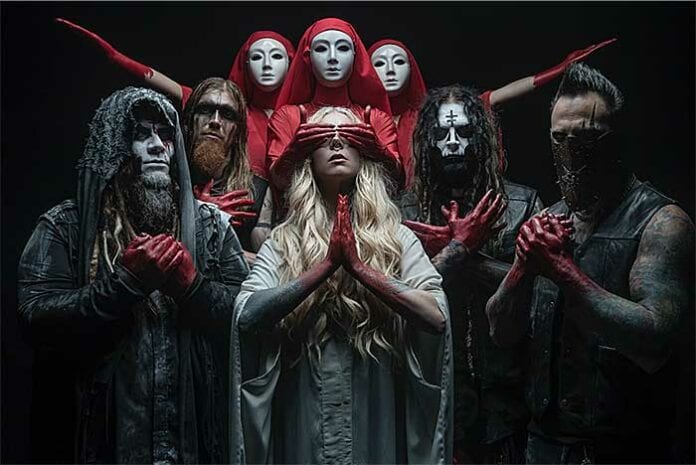 In This Moment have released their seventh album Mother, on March 27 via Roadrunner/Atlantic. The album is available here.

Ahead of the album’s release, the band shared the thunderous and unforgettable new song “As Above So Below.”

The band also released “Hunting Grounds,” featuring Joe Cotela of DED. The haunting track hinges on the vocal interplay and lyrical tension between ITM frontwoman Maria Brink and Cotela. Ultimately, “Hunting Grounds,” which boast the ominous chorus “One of us is going down,” is like a metallic game of cat and mouse. Listen here and here.

Before that, In This Moment shared their new single “The In-Between.”

In This Moment are known to spend most of their time on the road, bringing their epic and extraordinary live shows to their legion of dedicated fans. The band had to postpone its planned Spring 2020 headline tour with Black Veil Brides and DED. Stay tuned for an update regarding the rescheduled dates.