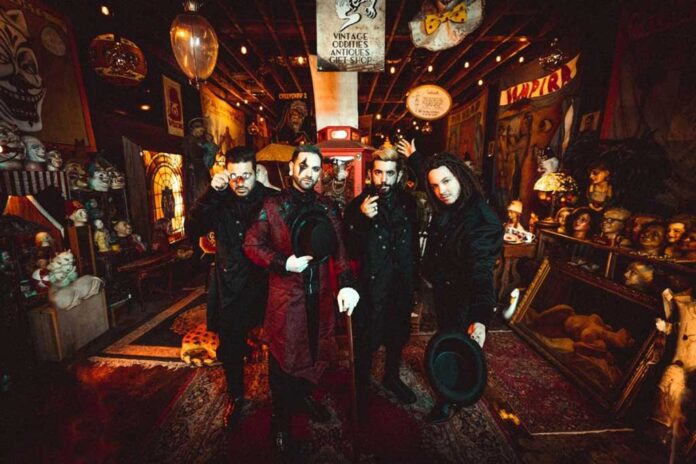 With their sophomore album Welcome To The Chaos now available worldwide via Hopeless Records, Florida rockers Fame on Fire are celebrating the release by unveiling their next official single and music video from the album. The title track “Welcome To The Chaos” features Ice Nine Kills vocalist Spencer Charnas on the song and is sure to become a new fan favorite.

The video for the song, produced by longtime collaborators Roman Films along with Manuel Soto, creates an exciting visual carnival for the senses that showcases the creativity of the band comprised of Bryan Kuznitz (vocals), Blake Saul (guitarist), Paul Spirou (bass), and Alex Roman (drums).

Fame on Fire’s newest full-length Welcome To The Chaos is the album that is poised to make a statement from the band. From the electronic creepy carnival ride music of “Intro” to the haunting vocal outro of “Dead or Alive,” the band has created a follow-up to their debut album Levels that is sure to solidify their place as one of the most-exciting new bands in rock. Songs like “Lost In Doubt,” “Robbery,” and “Rotting Away” are all sonically different and display the variety of musical influences the band has.