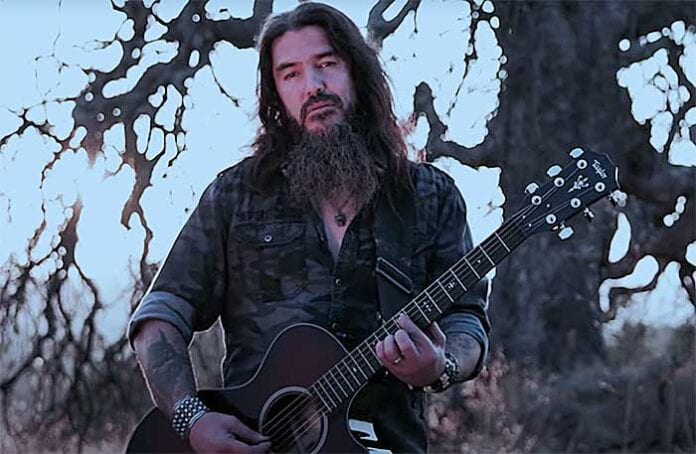 Following February’s anti-Valentine’s Day single “Circle The Drain,” which has racked up millions of streams and cracked the Top 50 at radio, MACHINE HEAD frontman Robb Flynn has released a poignant acoustic version of the song today with Nuclear Blast.

Listen to the acoustic version of “Circle The Drain” on all streaming platforms:
https://nblast.de/MHCircleTheDrainAC

“When the pandemic hit in March, and all Machine Head tours got canceled, I started doing free Acoustic Happy Hour shows on Machine Head’s Facebook page to get out the pent-up energy, entertain some friends, have some laughs, and have a few drinks every Friday,” Flynn explains. “As we had just released our new song ‘Circle The Drain’ fans started asking for me to play it, so I started messing around with it and came up with a re-imagined version of it. It got a phenomenal response… People genuinely loved it, and were continually asking me to release it, and so I recorded it a few weeks back in my home studio, and here it is.”

Originally released in February 2020, the anti-Valentine’s Day song, “Circle The Drain,” was inspired by Flynn’s friend who served in Afghanistan and returned home only to find his relationship with his partner falling to pieces.