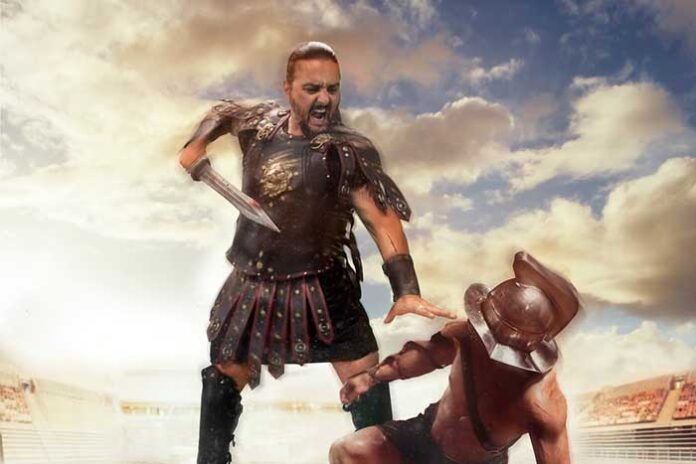 Symphonic death metal band EX DEO recently announced the release of their upcoming full-length album, The Thirteen Years Of Nero, out August 27, 2021 via Napalm Records. On The Thirteen Years Of Nero, the collective transports the listener back to Ancient Rome with 10 cinematic masterpieces that tell the conceptual story of the reign of Emperor Nero. Accented by sounds of ancient instruments like lyra and harp and detailing the harrowing stories of Nero’s surroundings, close allies and enemies, listeners will connect with intense psychological tones of political turmoil and paranoia.

Frontman Maurizio Iacono says about ”Boudicca (Queen Of The Iceni)”:
“Queen Boudicca has been a symbol of freedom and rebellion in England since her ultimate sacrifice on the battlefield defending her people and their beliefs. Rome, in full expansion and under the rule of emperor Nero, was on a mission to annex Britain as a Roman province after the death of King Prasutagus (Boudicca’s husband). The Roman treaty died, and so did peace. The song embodies the tense exchange and mind frame of Boudicca against the Roman Empire’s invasion and occupation. We are thrilled that Brittney Slayes of Unleash The Archers accepted the invitation to guest and deliver a powerful performance on this song. There’s no one that better embodies the fighting spirit of Boudicca in metal than Brittney – the choice was clear. Prepare to be transported to ancient times of war and let the metal flow!”

Guest vocalist Brittney Slayes of Unleash The Archers adds:
“I was beyond excited to get the invite to be a part of this project! I am a huge EX DEO fan, plus I love the history and mythology they always incorporate into their albums, so it was a huge honour. Not to mention getting to ‘play’ the role of the iconic and powerful Boudicca was the chance of a lifetime! I have always been inspired by the warrior queen of the Iceni and could not wait to lend my voice to her part. Here’s hoping everyone enjoys this track as much as I do!”