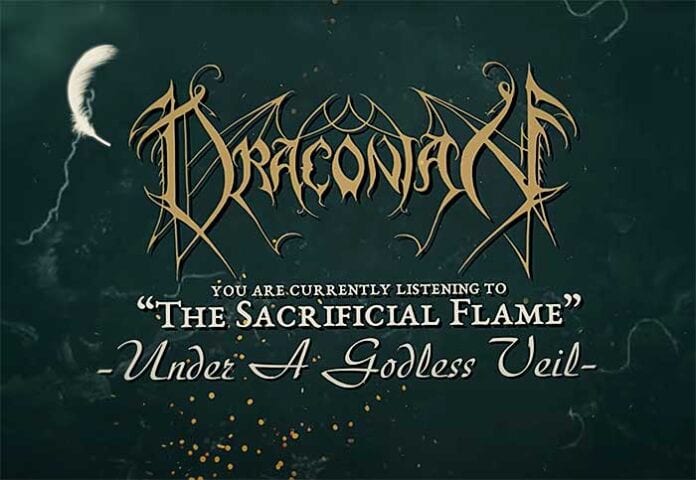 Today, DRACONIAN, the sovereigns of beautiful melancholic gothic doom metal and far-reaching lyrics, release the third single, “The Sacrificial Flame,” off their upcoming album, Under A Godless Veil, out October 30, 2020 via Napalm Records.

The second epos on DRACONIAN’s new collection of hymns draws the listener deep into endless landscapes consisting of doomy guitars and heavy growls. The angelic voice of singer Heike Langhans accompanies the opus like a nightingale flying through dark woods, haunting the last lines of shimmering light somewhere at the end of the horizon. Along with an artful conceptualized lyric video, “The Sacrificial Flame” guarantees a complete immersion into the band’s essence, making it hard to emerge from this vortex of emotions in the end as it’s quite more tempting to just stay there forever.

Heike Langhans on “The Sacrificial Flame”:
“This is definitely one of the heaviest songs on the album and reminds me of all the old school riffs and moody atmospheres that got me into doom metal in the first place. A dark and confrontational anthem that stirs me inside and silently demands answers from all that is Archonic in this world. Also one of my favorite vocal performances by Anders on the album.”