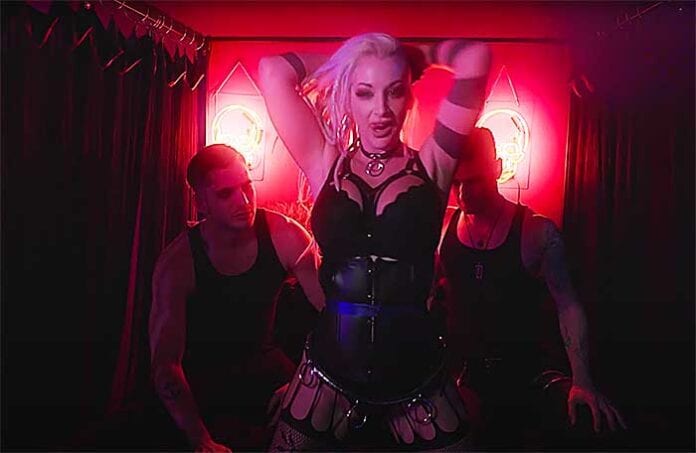 Featured in the video is the Living Dead drummer Nick Mason.

“We saw Nick perform for the first time back in 2018 and his energy stood out to us. Though I didn’t introduce myself at the time, I definitely thought he would be a great fit for the lineup and his performance and stage presence stayed in the back of my mind. A year later we got the call to perform at Wasteland Weekend… and there he was; kicking ass as usual. The following week we decided to make a change to our live show lineup and our good friend Davey Suicide made the introduction. We’ve been talking ever since.

“Now that we’ve finished our second album and we have the ball rolling with Cleopatra Records, we have extensive tours planned for the US and Europe in late 2020 and all of 2021. With that in mind, Nick will be an integral part of the live show moving forward along with Skye Warden of Abney Park on Guitar, Nuda on Keyboards and Chris L. of the bands Agonoize and Funker Vogt on Keys and Keytar… as soon as the world opens up that is.” – D-Punk

OUTBURN MAGAZINE BACK ISSUES ON SALE FOR 50% OFF!