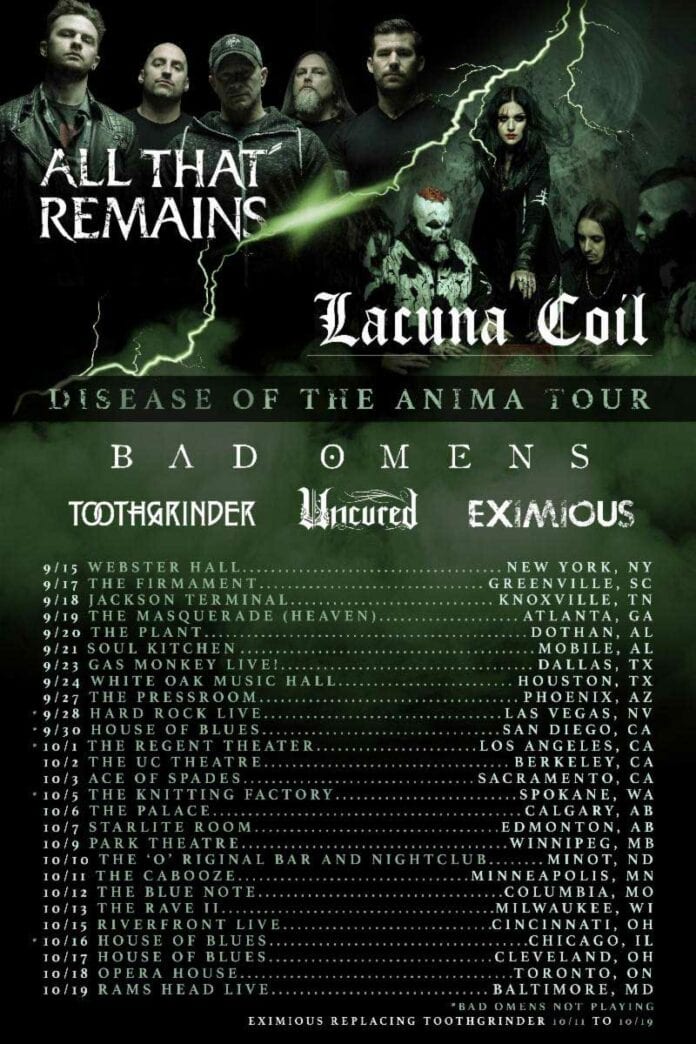 Lacuna Coil and All That Remains announce Disease Of The Anima co-headline tour. The tour includes special guests Bad Omens, Toothgrinder (9/15-10/10), Eximious (10/11-10/19), and Uncured. Tickets for the tour go on sale starting July 26th at 12PM local time. Tickets will include a digital download email directly from MusicRedemptions.com, where fans can redeem either Lacuna Coil’s forthcoming album, Black Anima, or All That Remains’ latest album, Victim of the New Disease. The download will only be available in select markets.

“North America, we’re so happy to finally announce our upcoming ‘Disease Of The Anima Tour’ with our friends All That Remains, Bad Omens, Eximious, Toothgrinder and Uncured,” states Lacuna Coil’s Andrea Ferro. “This is a killer bill that will blow your mind! We can’t wait to hit your stages again and see you all. Black Anima is coming soon”.

“We are super happy to be joining with our old friends in Lacuna Coil. The last time we joined forces it was on the Hard Drive Live Tour and we can’t wait to play some metal for you all again,” states All That Remains frontman Phil Labonte.