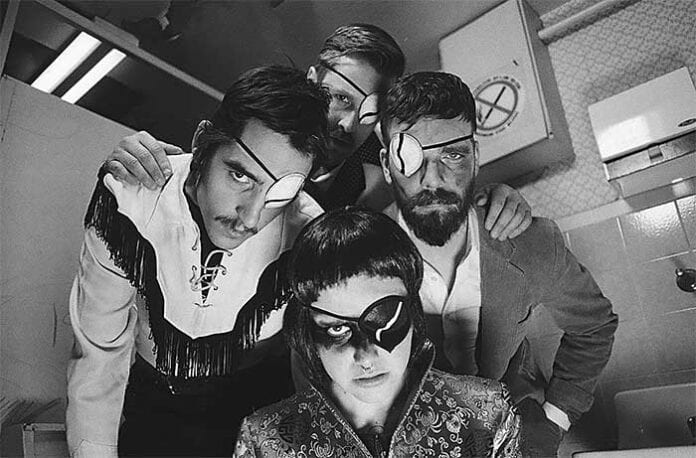 Meet garage punk surf rockers Shitbats, who are thrilled to announce their debut album Guano to be released on October 16th.

In hidden ancient Sumerian scrolls it was written that a trickster God would one day be foiled on his name day 10,000 years henceforth by a group of reluctant heroes. These four ordinary minstrels would band together to do battle and named themselves Shitbats. Much like the prophecy foretold, these minstrels are less than pure in heart but deadly nonetheless. Armed with guitars, drums and throats, these bats of shit were bestowed with the ability to crush any foe that may gander.

Blending the abilities of each member created a rip in the fabric of space time that echoed through infinity. With their knowledge of past and future genres, like punk and future punk, rock and future rock, these batty shits strike a balance the likes of which has never been experienced by mere mortals.