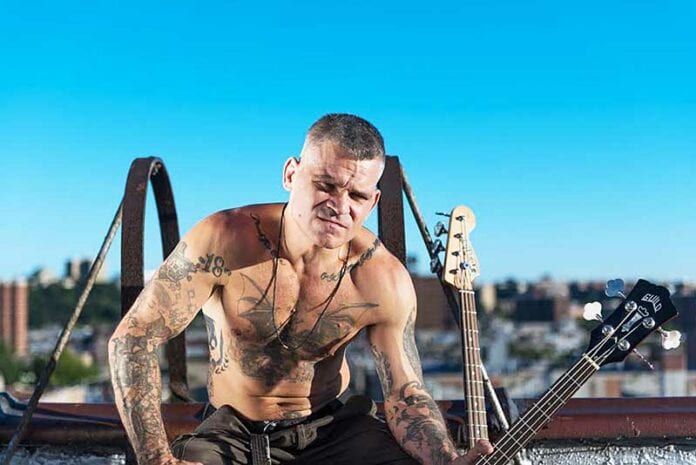 Having just wrapped up a European headlining tour, CRO-MAGS have delivered a punishing new track of unchecked aggression, “From The Grave.” Led by Harley Flanagan, the new song features guitar duties by legendary slinger Phil Campbell (Motorhead, Phil Campbell and The Bastards), showcasing his work on lead and slide guitar. The three song EP of the same name will be available on December 6 in limited quantities of clear w/black smoke, solid yellow, clear orange and glow in the dark vinyl editions. The two additional songs are titled “PTSD,” and an instrumental “Between Wars.”

Flanagan explains, “Lemmy (Kilmister, Motorhead) came to me in a dream and said ‘Take it back mate, it’s yours, you started it’ (referring to the band’s name). I woke up and I knew what had to be done, so I did it. And I figured since Lemmy gave me my marching orders, I should get his guitarist to play on a new track. Phil immediately said yes and that is why it’s called ‘From The Grave,’ and I’m so honored to have him on this song. I first met Phil when we toured with Motorhead on the Orgasmatron tour. He is one of my favorite guitarists of all time and I still can’t believe I have him playing on one of my songs. Thank you Phil and thank you Lemmy for making this all happen!”

Campbell adds, “It was a great surprise to hear from Harley after so many years. We hung out a lot during the tour in the eighties. When I heard the track he wanted me to do, I just had to do it. Listen for yourselves!”

Earlier this year the band released their first new music in nearly twenty years, with the EP Don’t Give In.