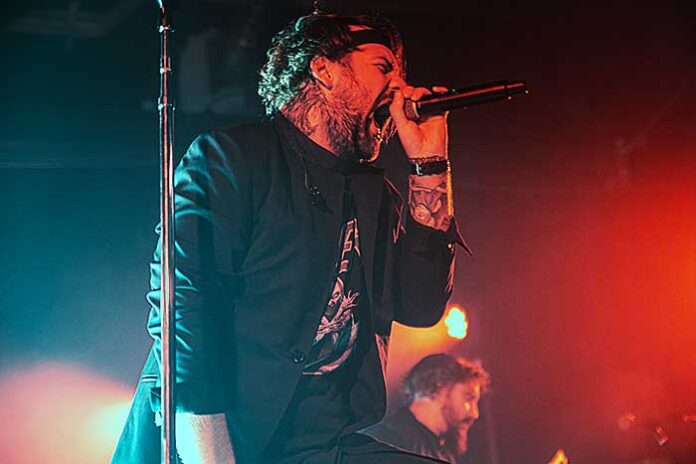 REVIEW AND PHOTOGRAPHS BY JOSH PIERSON

Ace of Spades has become well known in Northern California for being a premiere midsize concert venue in NorCal, which gets a lot of great acts that aren’t quite big enough to fill places like the Warfield. So, this makes it prime real estate for bands like Wage War and Beartooth to come through and deliver large stage type shows to a more intimate audience.

This was my second show back after the over year and a half toll COVID took on the live music world, and the most interesting thing was the kindness from others at the show. Even as Wage War was getting ready to take the stage, it felt like there was a calm in the air unlike anything I’ve experienced at a metal show before, which is usually engulfed in the smell of beer and testosterone.

As Wage War took the stage, the crowd erupted and almost instantly the pit started moving. As I shot photos through the first three songs, there was so much positive energy flowing from the band that energized the crowd. A friend of mine in the pit was actually apologized to when he got knocked down. Let me repeat that, he was apologized to for being hit hard enough to be knocked down in the pit. That’s a new one!

I’ve seen Wage War a few times in smaller settings, and my biggest takeaway has always been the same—singer Briton Bond really commands the stage and thus commands the crowd very well with nothing but pure energy for the entire performance. Their live presence is almost more impressive than their albums, which is not a knock on the band at all. It’s a positive, because a band’s stage presence and sound should be complementary to the albums, not the opposite. A very impressive and fun set from Wage War that definitely showed they were enjoying their time back on the road.

This set the stage for a ruckus show from Beartooth. As they took the stage, I started shooting much sooner and quicker than I have in the past, as I needed to knock the rust off. If you’ve never shot anything live, it can be both exhilarating and frightening all at once, which is what attracted me to it so many years ago. The band entered and immediately ripped into their first song as the super energetic frontman Caleb Shomo came running out on stage, with a Slayer shirt and bandana around his forehead, looking more like an 80s frontman than a new wave of heavy metal one. As he was headbanging and screaming into the mic, he was somehow able to hold key and was absolutely irresistible to the crowd.

It felt so good to be back in the photo pit and listening to live music again. It didn’t even occur to me that I was discovering a new band until after I left and began writing this review. As Beartooth tore through their set, leaving the talking off the stage and giving the fans what they wanted, it was clear why they have risen through the ranks fairly quick. They’re heavy, but they also carry a good amount of melody and know not to overdo the screams, or vice versa. Beartooth was insanely tight sounding as a group and really brought a great performance all around. In all truthfulness, it was frontman Caleb Shomo who captured the audience’s attention with his unrelenting stage presence, which is rarely seen these days. If Beartooth continues to entertain with this type of energy, we’ll be seeing much bigger things from them in the future.