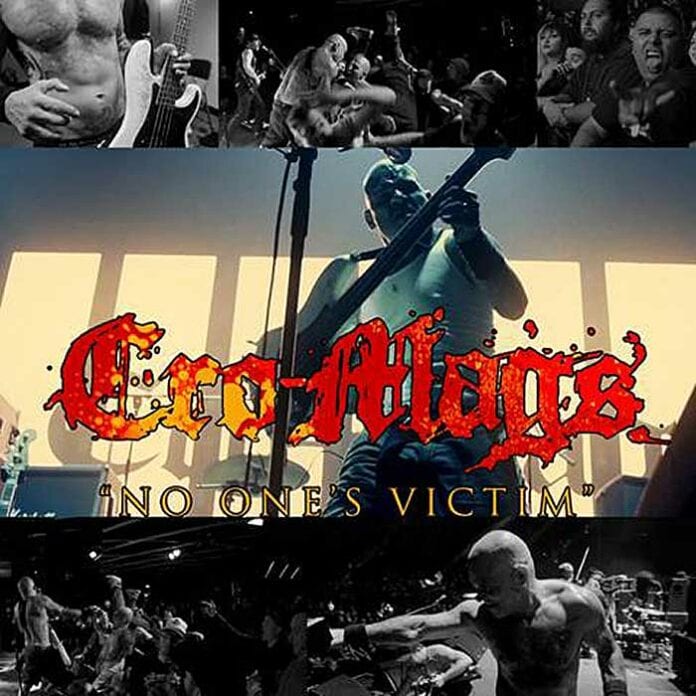 Punching in at 95 seconds, shorter, faster, hard hitting songs never go out of style and the CRO-MAGS prove that with “No One’s Victim,” their first video in 27 years. The song comes from the EP Don’t Give In, released in August 2019 on Victory Records.

Filmed on location throughout 2019 during their headlining European tour and their support slot with The Misfits, “No One’s Victim” is the CRO-MAGS first music video since the 1992 clip “The Paths Of Perfection.” It was the band’s previous video, 1987’s “We Gotta Know,” that gave MTV audiences a view into the crossover world of metal, thrash and punk that defined the CRO-MAGS as a pioneer of a still boot-stomping scene that refuses to die. The proof is evidenced in the new video.

CRO-MAGS founder Harley Flanagan adds, “This is our first ‘real’ video since “We Gotta Know” because it’s a real look at the live energy of CRO-MAGS, it’s not some staged video, its real, raw footage shot at our shows.”